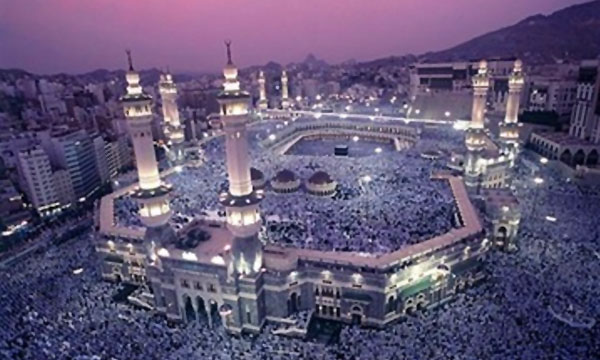 In order to aid the pilgrims, free Wi-Fi services have been established in the Great Mosque of Makkah.

Bandar Al-Khuzaim, Director of the Information Technology Centre at the presidency, said that the availability of Wi-Fi would help the pilgrims and ease their stay. This introduction is a part of the series of technological facilities being introduced by the Presidency for the affairs of the two Holy mosques.

“The presidency will also make available Bluetooth service for worshippers in the mataf so that those who perform tawaf can know the number of rounds of circumambulation that they have finished,” he said.

The Bluetooth service is being introduced with the help of technological centre at Umm Al-Qura University of Makkah,

Al-Khuzaim further said that the free Wi-Fi services in the courtyard of the Grand Mosque will be helpful in establishing online contacts between presidency staff and the worshippers.

“The presidency has also introduced the issuing and renewal of online booking of iftar meals at the Grand Mosque. Both individuals and firms can take advantage of this service to donate iftar meals for worshippers,” he said.

The director said that a new facility has also been introduced for the electronic registration for performing Aitekaf (seclusion in the mosque to worship) in six different languages.

These languages are Arabic, English, French, Urdu, Turkish and Persian.

“A similar online facility is available for those who want to visit the Grand Mosque Exhibition and the Kaaba cover (kiswa) factory,” he added.