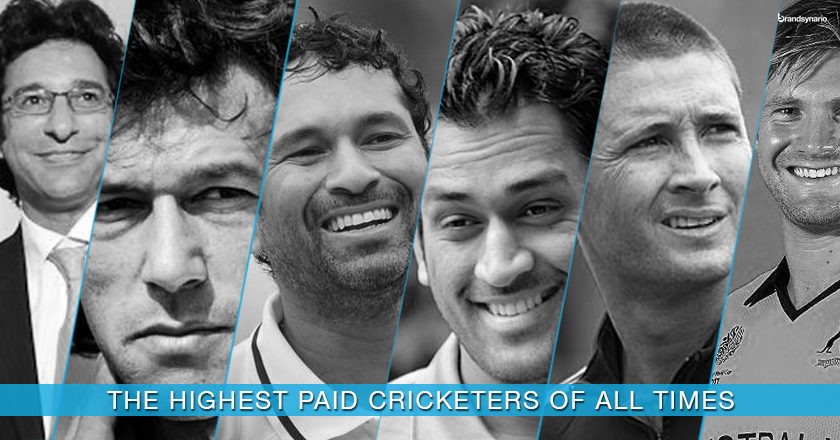 Ever wondered how rich and famous a cricket celebrity can get?

It is a fact that cricket’s swelling fame and popularity as the second best sport in the world has made a vast number of players pretty rich in no time. On top of it, their participation in Indian Premiere League and a variety of brand endorsements adds to their massive paychecks. Let’s take a look on a list released by Forbes on the top ten Richest Cricket Players of 2014. To no one’s surprise, Indians are dominating a larger part of it.

The power hitter of Indian cricket team and one of the most expensive players of Indian Premiere League, Yusuf Pathan makes his mark in the list with a net worth of $3.9 million.

With two phenomenal World Cup victories to his name, Australia’s most successful captain of all time Ricky Ponting has long retired but is still making good money, worth $4 million.

The Speed sensation, Brett Lee indeed knows how to make himself some speedy money. Currently, he is earning a stunning sum of $5 million.

The Australian captain Michael Clarke grabs the sixth spot in Forbes list with a pay of worth $5 million. His confidence and smartness in the field speaks volumes about his achievements in the cricket cosmos.

The all rounder Shane Watson becomes the most wealthy cricket celebrity in Australia with a net worth of $6 million to his name.

Halfway down the list of the richest cricket players, the invincible Indian opener and the highest scorer of ODI format, Virender Sehwag earns a massive wealth of $7 million.

One of the most prominent players in the Indian cricket fraternity and the captain of the IPL team Kolkata Knight Riders, Gautam Gambhir has an estimated earning of $8million.

The much talented and the aggressive Indian emerging star, Virat Kohli is the third richest cricketer in the world. Quite popular amongst the youth, Kohli collects a spectacular salary of $12 million.

The ultimate legend in the cricket history and the worlds’ greatest cricket player of all times, the now retired Tendulkar is the runner-up in the list. His paycheck is worth a colossal $22 million.

Topping the list, the King of Cricket is none other than the young cricketer MS Dhoni. Snaring all the endorsements to himself, he has practically become the India’s face of cricket with his supreme earning of $31.5 million.