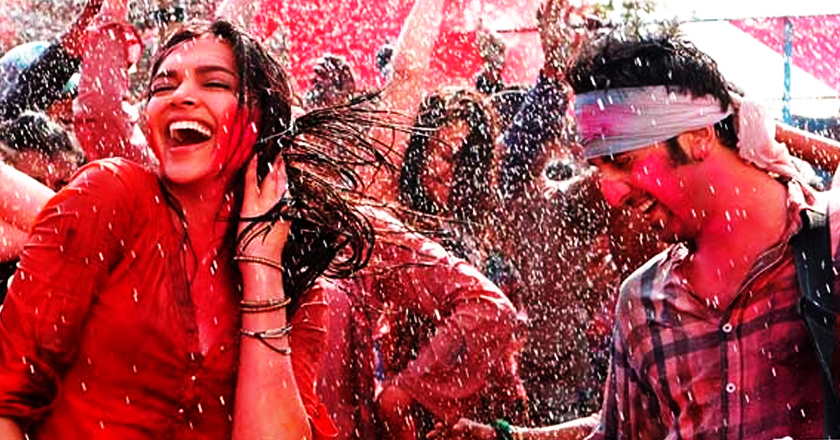 The festival of color is here and Bollywood is defintely on it!

The B-town took to microblogging site Twitter to wish their fans a Happy and safe Holi. While many plan to celebrate Holi with their families and friends, the other are busy with work and travelling abroad.

Check out what they have to say here:

Sat with AbRam & a bucketful of balloons & threw them at our own feet! Then shirtless went for a drive in the driveway!! Happy Holi all

Lets pledge there will be no incidence of violence by rowdy mobs. Itll be a fitting tribute to Indias daughters and sons. Truly a Happy Holi

Happy holi all n a happier one now that we got gail off the pitch .

Today’s #Holi made extra special with some thandai made by yours truly 🙂 Happy Holi everyone, be safe. pic.twitter.com/lhg8bdfhz7

Play a Happy and Safe #Holi this year everyone! pic.twitter.com/jDCAQMpuKQ

Happy Holi to All.:)

Have a happy & safe Holi !! pic.twitter.com/DtgiWPKTfg

HOLI haiiiiiiiiii!!! Have a SAFE and happy holi everyone ?? pic.twitter.com/OsDPHlav9K

A photo posted by Malaika Arora Khan (@malaikaarorakhanofficial) on Mar 5, 2015 at 9:01pm PST

Best thing about being a #Karachite, I grew up celebrating Eid, Ramzan, Holi,Diwali & Christmas. #HappyHoli to all! And my @ItidaOfficial ??