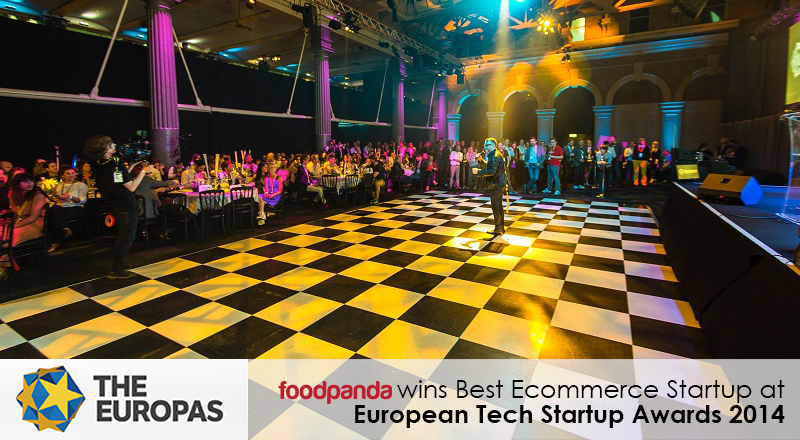 The online food delivery platform, foodpanda.pk, has been awarded as “Best E-Commerce Startup” at The European Tech Startup Awards 2014, also known as The Europas.

foodpanda bagged the award due to its huge global expansion in the last year. The event took place last week in London on 10th June, 2014.

Established in 2009, The Europas are the premier awards for Europe’s tech startups, which award the most forward thinking, progressive and innovative tech companies in over 20 categories. The awards are independent, editorial-driven, and judged by peers from the startup and investor community.

“I am thrilled that we’ve won this prestigious award for our achievements in the previous year”, said foodpanda Pakistan’s co-founder Amin-ur-Rehman. “We’re experiencing phenomenal growth globally, as well as in Pakistan, where we are the market leaders and have the #1 online food ordering app. I look forward to outperforming ourselves next year.”

Today, foodpanda is present in more than 40 countries worldwide. It started global operations in 2012 and arrived in Pakistan in the fall of 2013. Since then, foodpanda has partnered with 400+ restaurants in Pakistan and offers its services in Karachi, Lahore, Islamabad and Rawalpindi.