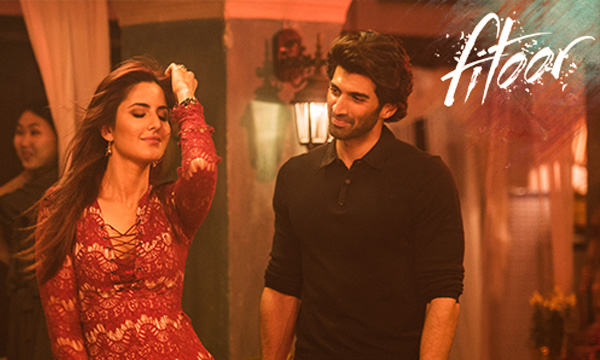 The first song “Yeh Fitoor Mera” of Abhishek Kapoor’s venture “Fitoor”, featuring the hunk Aditya Roy Kapoor opposite to ever gorgeous Katrina Kaif  has come out! The track “Yeh Fitoor Mera” is a musical treat which has style, passion and a whole lot of emotions.

The chemistry between the uber gorgeous Kaif with Aashiqui 2’s hero, Roy will be the highlight of the song.  “Yeh Fitoor Mera” is a magical number composed by Amit Trivedi and sung by Arjit Singh.

Fitoor is an upcoming romantic flick, also starring Tabu, Rahul Bhat, Aditi Rao Hydari and Akshay Oberoi in the cast. It is an Indian adaptation of Charles Dickens’ exemplary novel ‘Great Expectations’. Aditya Roy in the lead role will surely make heads turn in this movie because he  has worked really hard for body sculpting to adopt an entirely different look for Fitoor.

The movie will hit the big screens on 12th February 2016.