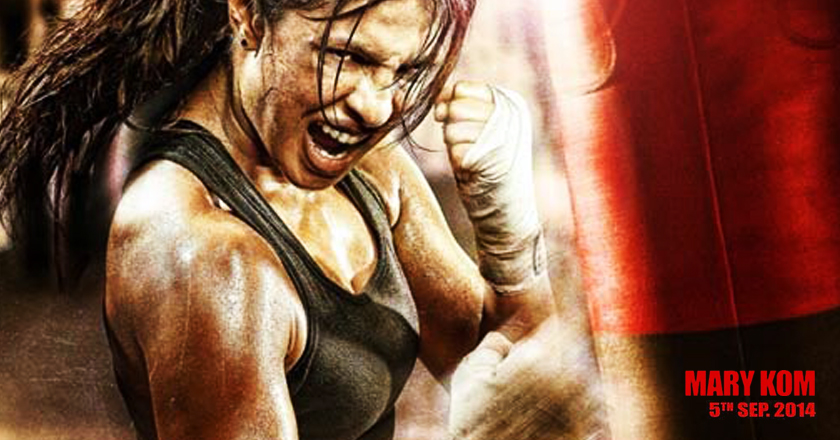 Priyanka Chopra released the first look of her much awaited film of 2014 “Mary Kom” on Twitter yesterday.

The Beauty of Bollywood has taken a fierce look with a toned body  for her movie ‘Mary Kom’ which is a biopic based on the life of renowned Indian boxer, Mary Kom.

The rugged poster is a testimony to Priyanka’s hard work and devotion that she has invested in the making of the film.

This is the first time that Priyanka is representing a real life character. With much enthusiasm, she posted first look of the film saying, “Heart. Blood. Sweat. Soul. I’ve given it my all. Over to you guys now!”

Heart. Blood. Sweat. Soul. I’ve given it my all. Over to you guys now! #MaryKomFirstLook #FightLikeAGirl ..here goes pic.twitter.com/GNAZsz7MWN

Mary Kom became a renowned name when she won a bronze medal at the 2012 London Olympics in boxing. The actress travelled all the way to Manipur to portray the perfect depiction for the role. Priyanka also underwent intense physical training to play the role of a boxer.

Directed by Omung Kumar and produced by Sanjay Leela Bhansali, Mary Kom biopic is scheduled to release on September 5.