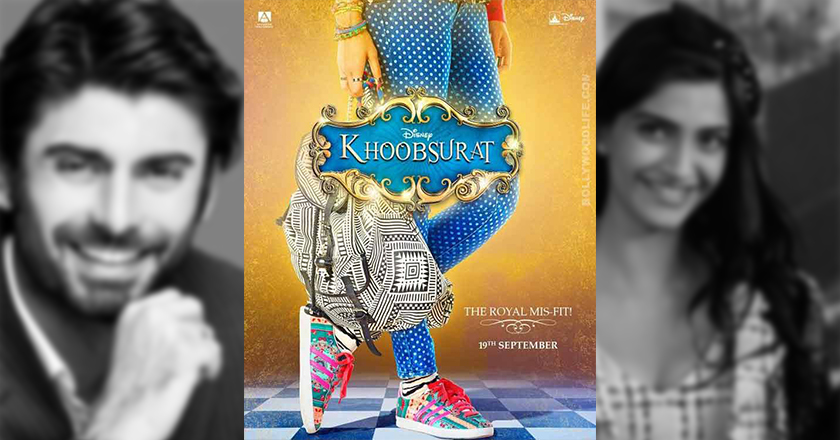 The poster, unfortunately doesn’t reveal much but shows Sonam Kapoor’s mismatched and funky shoes worn over polka dot pants with a clear caption that says – ‘The Royal Mis-Fit’.

Khoobsurat is the remake of the 1980 film of the same name starring Rekha. The movie includes Sonam in the lead role of Mili, a vivacious girl who turns the lives of a royal family upside down starring opposite Fawad Khan, who wil make his debut in Bollywood with the movie.

Directed by Shashanka Ghosh, the movie is produced by Anil Kapoor, Rhea Kapoor and Siddharth Roy Kapur. It is scheduled to hit the theaters on 19th  September.

Are you excited to see Fawad Khan in his first ever Bollywood venture? Share your views in the comments below.