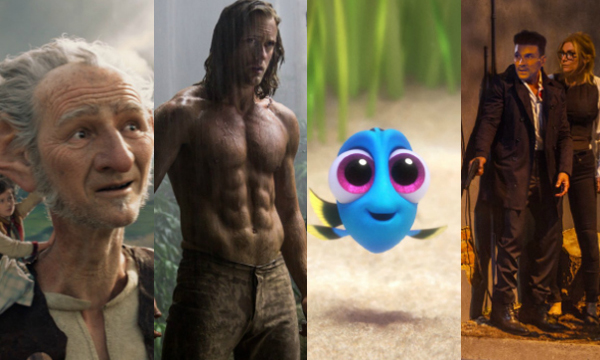 Pixar’s “Finding Dory” has triumphed at the global box office for the third weekend in a row, according to official worldwide weekend box office estimates for the weekend of July 3, 2016, according to the latest tally by measurement company comScore.

The roots film about the forgetful fish, introduced via the 2003 hit “Finding Nemo,” raked in US$76.3 million and beat out Warner Bros’ new entrant “The Legend of Tarzan”, which garnered only US$56.9 million to date. “Independence Day: Resurgence” by 20th Century Fox was hot on Tarzan’s heels, with the film up US$56.7 million, while the modern reimagining of “Teenage Mutant Ninja Turtles: Out Of The Shadows” by Paramount Pictures and Universal’s horror sequel “Purge: Election Year” rounded out the top five, earning US$31.3M and US$31.0 million respectively.

The “Finding Dory” global box office total is now estimated to be around $538.2 million, tying with “Finding Nemo” to rank as the No. 5 animated title of all time, according to The Hollywood Reporter.