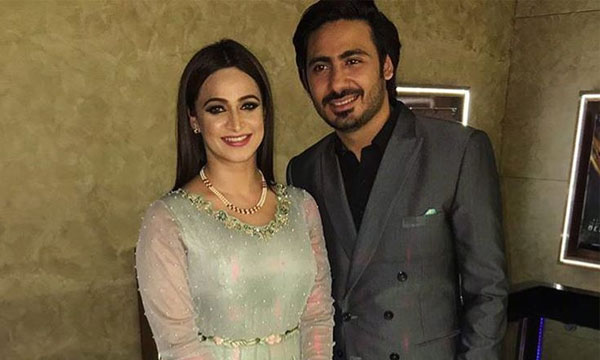 The Lollywood lady, Noor Bukhari has been married three times before. However, none of her marriages worked out and thus, resulted in divorce. But it seems that the actress has finally found her soulmate in the singer, Wali Hamid Khan! The buzz is that the duo has tied the knot two years back but kept it hush-hush all this time.

You need to see the leaked images of their secret wedding here! What is more, the starlet has herself confirmed the news to the media that with mutual understanding, the couple agreed to keep their marriage a secret.

“I was waiting for the right time to make the announcement. Now, I have understood Wali in two years, so making my marriage public”

Seems like Noor and Wali fell in love on the sets of their film Ishq Positive.

Earlier, gossips were circulating about their relationship as the pair was spotted together on trips abroad. Now the cat is out of the bag!

Noor’s first marriage was in 2008 with Vikram in, second with directorFarooq Mengal and then third in 2012 was with Awn Chaudhry.

Congratulations to the happy couple!