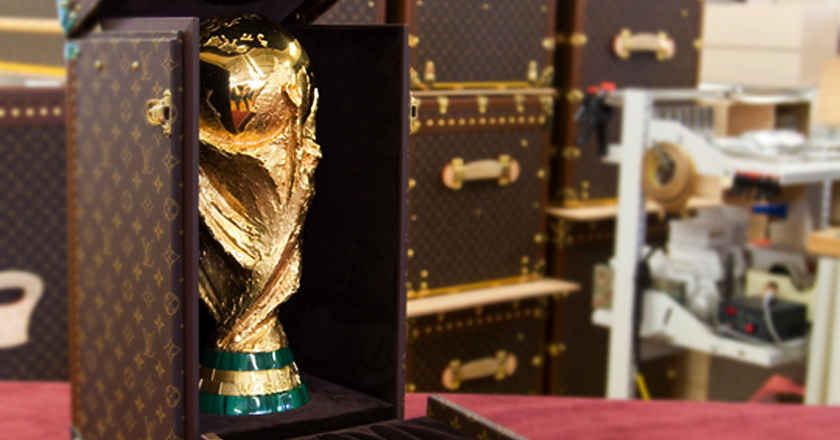 The enthralling FIFA World Cup 2014 is not just trending but in fashion too, as the most renowned fashion house, Louis Vittion revealed the FIFA Trophy case.

This is the second time that Louis Vittion has taken charge of the huge responsibility of creating the trophy case. The premium fashion brand was given the responsibility by the World football governing body, following the 2010 FIFA World Cup in South Africa.

The French leather goods company states that the case is wrapped in Louis Vuitton’s iconic monogram canvas and highlights the brand’s signature brass lock and corners. Although, this is the second time the company has been commissioned by FIFA, the project will be a new undertaking for Louis Vuitton’s newly-appointed Creative Director Nicolas Ghesquiere.

The spokesperson for Louis Vuittion states:
“The case opens from the front and at the top to allow the trophy to be easily removed when, at the final game on July 13, it will be delivered to the captain of the winning game.”

The fashion institution that is hundred and half century old receives around 450 orders every year making up for a chunk of their business.

Other than FIFA World Cup, LoiusVuittion has also designed cases for other tournaments including The Americas Cup Sailing Competition which is said to be one of the oldest sporting trophies.