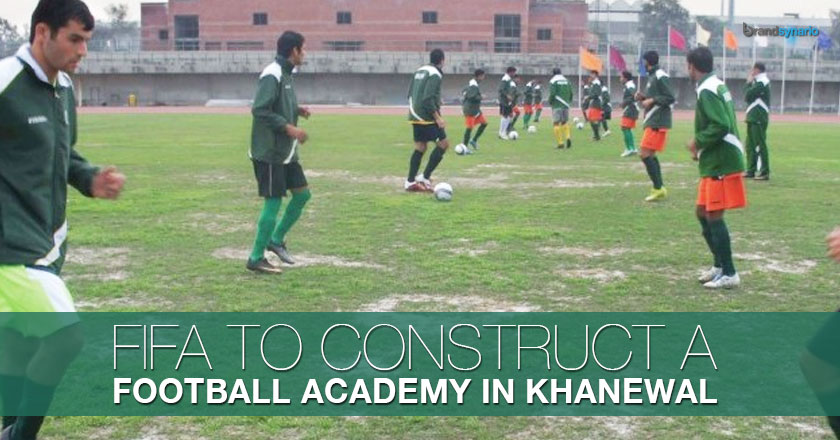 The FIFA fever is high and Pakistan is catching on, FIFA has deced to construct a football training facility in Khanewal, Punjab. id

Khanewal District Coordination Officer Usman Muazzam confirmed on Friday that the district government had leased out an eight-acre piece of land to FIFA for 30 years for the project that would be the first FIFA-funded facility in Punjab.

An agreement has been signed between the district government andFIFA. The civil work will begin at the site near Lahore Mor in a short time span.

He said that FIFA had approved eight goal-post projects in eight cities of the country, including Khanewal, Sukkur, Jacobabad, Abbottabad, Quetta, Karachi and Peshawar.

“These projects will greatly help and enhance the standard of football in the country,” he said.

He further said that it was a privilege for the people of Khanewal that the city had been chosen for this project.

It is said that after the completion of this project, Khanewal would be able to host football matches of national as well as international level.