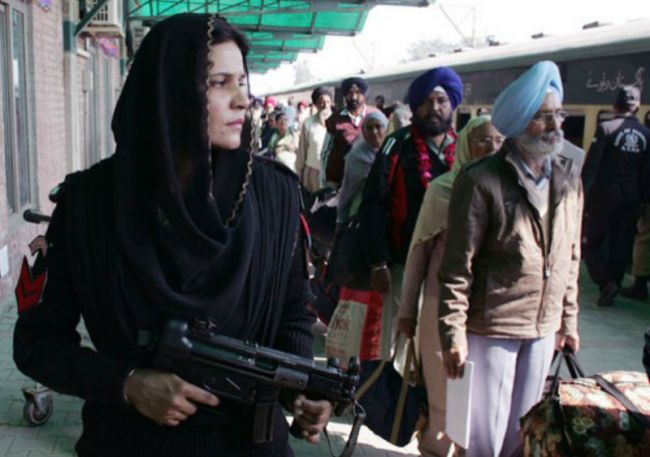 A picture captured at the Wagah Railway Station of a Pakistani female commando guarding Sikh pilgrims has gone viral on social media. The female commando in the picture can be seen patrolling the Sikh tourists who have arrived in the country to celebrate the 547th birth anniversary of their spiritual leader Baba Guru Nanak.

The picture was posted on social media by Smitha Deepak. “I absolutely love this pic, so much power in this one pic! A Pakistani female police commando stands guard as Indian Sikh pilgrims arrive at Wagah railway station near Lahore, Pakistan, on Friday.”

“Hundreds of Indian Sikh pilgrims arrived in Pakistan by a special train to participate in the three-day festival to celebrate the 547th birth anniversary of their spiritual leader Baba Guru Nanak, the founder of Sikh religion, at Nankana Sahib near Lahore.”

The picture in reality defines two purposes. On one hand, it’s overruling the religious differences and priorities of the cultures among the two countries. On the other hand, it’s eliminating the stereotypes about Pakistan related to women.

The prodigious picture of the female commando holding the gun to guard the Sikh Pilgrims is a bonafide message against intolerance and is a living example of Guru Nanak’s preaching of ‘equality al all’ irrespective of their religion, caste or gender.

It is pertinent to know that hundreds of Sikhs have arrived in Pakistan to celebrate the three-day-festival, 547st birth anniversary of their spiritual leader Baba Guru Nanak at Nankana Sahib near Lahore. 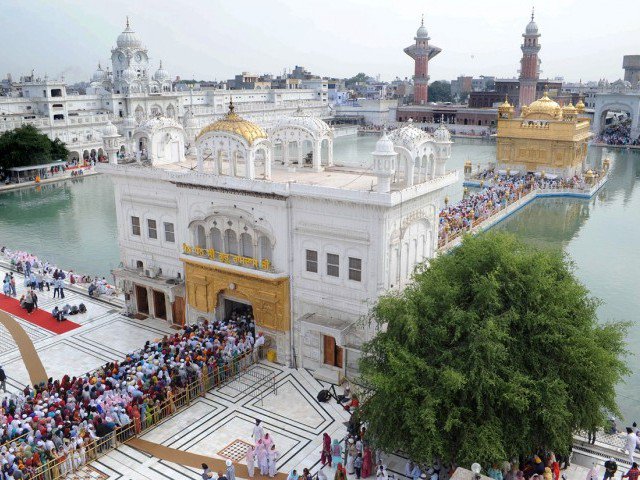 Nankana Sahib is the birthplace of Guru Nanak Dev located in the capital of the Nankana Sahib District in the Punjab province of Lahore. The District welcomes hundreds of tourists every year to celebrate the famous religious festival.

Read More: The Future of Advertising Seminar to be Held by Advertyze Display Networks

Instead of spilling our mind towards negativity and criticism, it’s time for us to celebrate the irony of this female Pakistani Commando who is teaching us the realm of true tolerance.

Let’s have a look at the popular social media tweets

A female commando guards #Sikh pilgrims on arrival to #Pakistan from #India ..
Via @nihang pic.twitter.com/Fh0jmUeZOO

Image of the day: A female Pakistani commando guards #Sikh pilgrims from #India as they arrive in #Pakistan pic.twitter.com/C93keBPmaZ