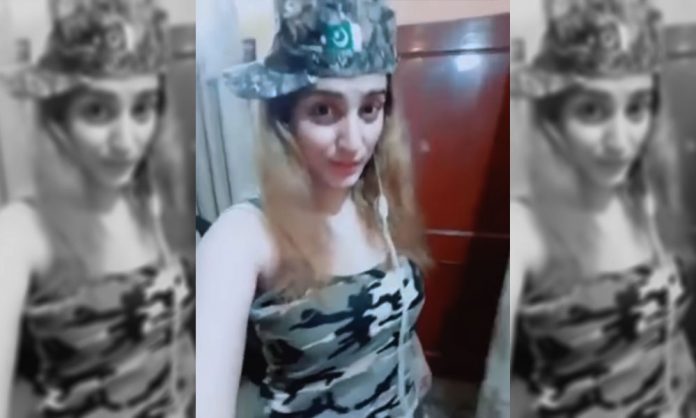 Airports Security Force’s (ASF) female personnel, who was deployed to Sialkot, has found herself to be in hot waters after a video of her dancing got her suspended.

The video is a short clip of her grooving to Guru Randhawa’s popular hit ‘High Rated Gabru’ in her uniform. ASF took notice when the clips started to go viral on social media.

The authority has restricted the personnel from using social media till further notice. On the other hand, many individuals on Twitter went against them and stood up for the employee claiming there was absolutely nothing wrong in it.

Whereas another individual points out that dancing cannot be defined as a ‘criminal act’.

Earlier, Polish tourist Eva zu Beck was also in trouble for her Kiki challenge video which she had shot on a PIA aircraft.

NAB had ordered an investigation as the tourist violated the security code of the airline and had hurt many sentiments by wrapping the national flag around her body.

Even earlier this year a video of a female personnel of Punjab Police had gone viral on social media as well.

Watch the Video Clip Below!

Do you think the video is inappropriate? Share your views with us.