Home Articles Fed Up – A Documentary The Food Industry Does Not Want You...
Advertisement 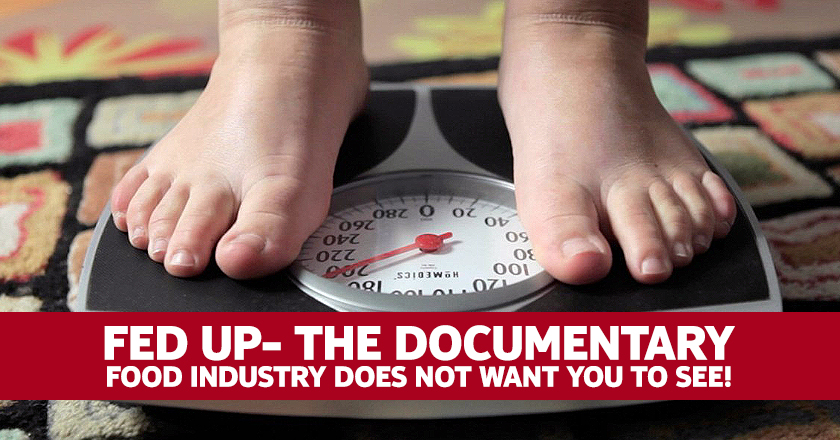 Once you know about your food, you’ll be FED UP!

An apt tagline to Stephanie Soechtig’s entry, titled ‘Fed Up’, for the US Documentary Competition at the Sundance Film Festival, an annual film festival held in Utah, USA, for independent filmmakers to showcase their talents.

‘Fed Up’ examines the food industry’s role in America’s obesity issues, with children at the heart of every issue that exists within the society, and reveals some of the dirtiest secrets of the American food industry, including how they manipulate the general public to consume unhealthy foods based on its appearance, whilst ignoring governmental policies to combat child obesity issues.

This project, however, is a documentary and must not be confused as a movie and it points towards some of the most alarming statistics in American health history.

It circles around the increase in the consumption of processed foods containing high-levels of sugar content by children under the ages of 12 specifically, and how this could harm children and, eventually, lead to much lower age expectancy in the future generations.

Some of the highlights of the documentary are as follows:

• There has been a dramatic increase (almost double) in the obesity rates of Americans in the last three decades, while the number of people who go to gyms and fitness clubs has more than doubled between 1980 and 2000. Coincidence? You are left to be the judge.

• America is dubbed as the ‘Fast Food Nation’ for the amount of junk food its citizens consume in one year. Brands such as Pepsi, McDonalds and Pizza Hut are severely criticized for their intense commercial marketing efforts, and how these brands are jeopardizing the future of the American youth. One scene in the movie shows Ronald McDonald and how people at McDonald’s ‘don’t market to children. Ronald McDonald informs and inspires by magic and fun.’ In short, the filmmakers have branded the food industry as downright evil!

• The Americans, as a nation, do not place the blame in the right places. Which means that the governmental policies are not as such as to safeguard the futures of the younger generation, while there is a lack of initiatives that would encourage people to eat healthy and work out when they should.

• Researchers, politicians, nutritionists, and health experts, share their theories and views of how the country would implode should there be no introduction of policies that aim to rectify the disease that is slowly eating America away.

• For the first time in the history of the world, more people will die from the effects of obesity than from starvation this year.

• Major food and beverage companies had made a pledge in May 2010 to remove a total of 1.5 trillion calories from the marketplace by the end of 2015, which amounts to about 14 calories per individual, the number being quite miniscule. Again, we see an ignorance in the cause by the government officials to make these organizations honor their oath.

With American children fast becoming victims of the destruction of their own futures due to obesity and unimaginable consumption of junk foods, no wonder the people who care about their beloved ‘land of the free’ are “Fed Up” of these evil, money-hogging food chains.

They must bite the bullet, accept that they have been wrong in consuming such high amounts of unhealthy food, and stand against these fast-growing fast food chains and eradicate the curse of obesity in the US of A.