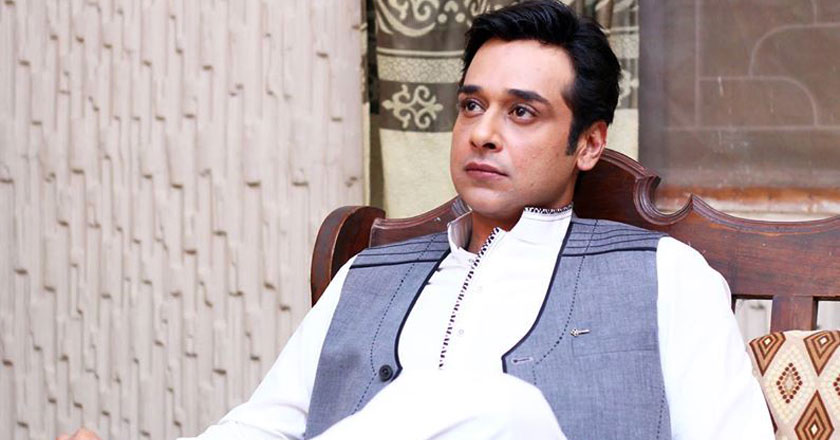 Faysal Quraishi, Pakistani TV actor and host will be playing a completely new kind of character in his upcoming TV serial MOL, which in essence is a unique love story centering on two completely opposite kinds of people.

He has climbed his way to the top with his acting prowess. From playing a blind man to a ruthless businessman, his portfolio of work boasts of it all.

After his spectacular performance as Aashiq Hussain in Rang Laaga, we will soon be seeing him in the contrasting role of Sheharyar, in HUM TV’s serial MOL.

Describing his character, Faysal says, “It is a very unique character and, of course, the total opposite of how the audience is currently seeing me in Rang Laaga. Sheharyar is a very straight forward man who is not very expressive. He never interferes in anyone else’s life; hence he does not appreciate others having any say in his life. He likes living on his own terms.”

Conceptualized by Faysal Manzoor, the screenplay is by Amna Mufti and it has been directed by ‎Ilyas Kashmiri.

“I had a great time working with seniors like Munawar Saeed and Nadeem Baig on this serial. Even though I have been a part of the industry for so many years now, I still learn something new after each project” says Faysal.

MOL is all set to go on-air soon, with Faysal Quraishi fans both at home and abroad, waiting in anticipation. HUM TV recently shared the teaser of the serial on their official Facebook page, which can be viewed here:

Only on HUM TV