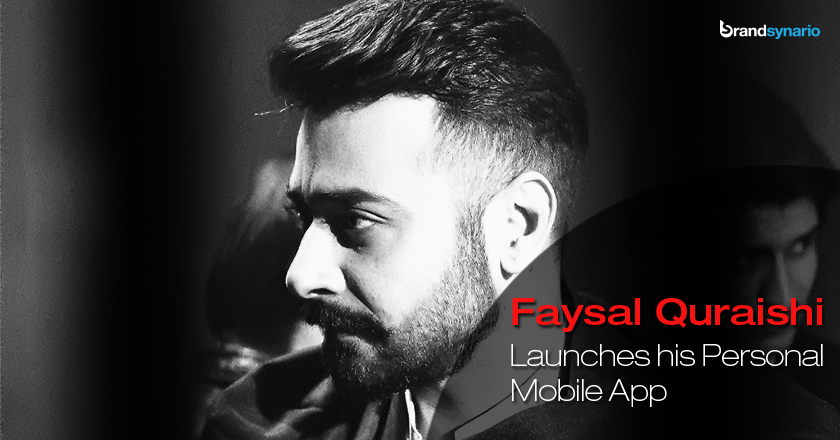 Faysal Quraishi, popular Pakistani television star and host, is about to provide his fans with the opportunity to access information about him at a single touch.

As smart phones gain popularity around the world, brands and celebrities alike have taken on to mobile apps and social networking sites to connect with their fans.

It is not only international stars that are doing this, as some of our local celebrities are also getting in action.

In a few days’ time Faysal Quraishi’s fans will be treated to the same opportunity. Soon they will be able to download their very own Faysal Quraishi application straight onto their phones.

Followers will be able to access all information regarding Faysal, ranging from his biography, his program schedules to his latest projects, just at the touch of an app on their phone, at any time of day.

Push notifications will allow Faysal’s fans to receive messages every time something new is happening with the star.

Speaking about what inspired him to have such an app developed for his fans, Faysal Quraishi commented: “My fans are very important to me and by launching this application they will not only be able to receive notifications about my shows directly on their phones but all my social media communication will also be available to them literally straight in their hands.”

Keeping with the commercial spirit of Ramadan, Faisal Qureshi is hosting TV One’s special transmission “Rooh-e-Ramadan” and this app will be a great opportunity for him to stay connected with his fans.

Ranging from Pope Benedict XVI to Steve Forbes and even Gordon Ramsay, there is an application available for each one of them, allowing fans to receive various words of advice or recipes from their favourite personalities.

Faysal Quraishi’s application will be available for download on all android phones and tabs as well as on iPhones and iPads.