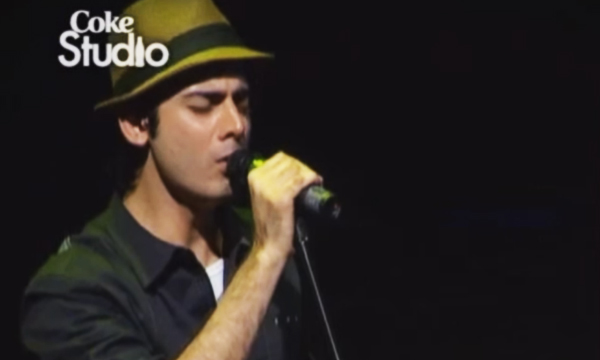 Without a doubt, Fawad Khan has conquered Pakistan’s entertainment industry and Bollywood with his acting prowess and killer looks. But it was not because of his acting talent that the star rose to fame! The Khoobsurat Khan enjoyed a strong female following since he was the lead vocalist of the rock band, Entity Paradigm.

A video of the Humsafar hero, back from his singing days, is making waves on India’s social media and his fans across the border are in love with the hunky-dory, Pakistani superstar all over again! For those who don’t know, singing was Fawad Khan’s first love. His band rose to popularity in the year 2000 but was unfortunately dissolved in 2007. Luckily, Khan’s fans saw him crooning once again in Coke Studio season 3 in 2010 when E.P reunited to give a stellar performance on the iconic 1990’s tune “Bolo Bolo”. Seemingly, the Indians are shocked to see our multitalented superstar in a rock star avatar! Check out this throwback video, featuring Fawad Khan singing Bolo Bolo in Coke Studio 3.

We are sure this will escalate the “Fawad fever” even more in India ! We just cannot help being proud of our King Khan!