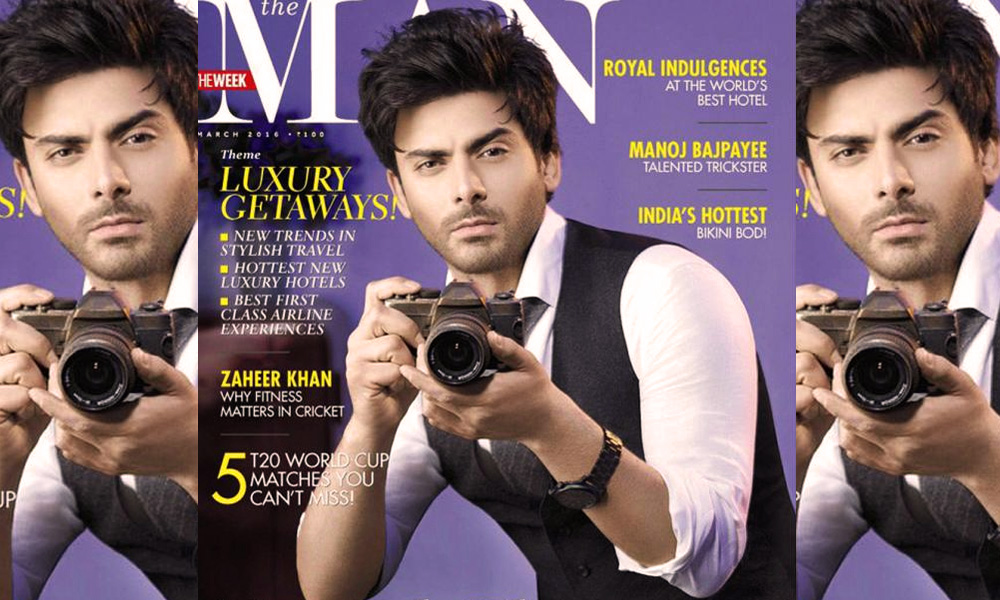 The charismatic Fawad Khan was recently featured on the cover page of a leading magazine. As expected, the actor looked extremely handsome and reminded us why he is one of the most sought after hunks in Bollywood at present.

Sporting a suave getup, he exuded machismo and made many hearts miss a beat. Talk about making a mark and that too in a big way. Way to go!

See the cover below: On the professional front, Fawad will soon be seen in the much-hyped Kapoor and Sons.

Touted as a family-drama and helmed by Shakun Batra, it is the second Bollywood movie of his career.

Watch the behind the scenes video of the photo shoot:

He had made his Hindi film debut with Khoobsurat in 2014.

Moreover, this year, Fawad will also be seen in Ae Dil Hai Mushkil.