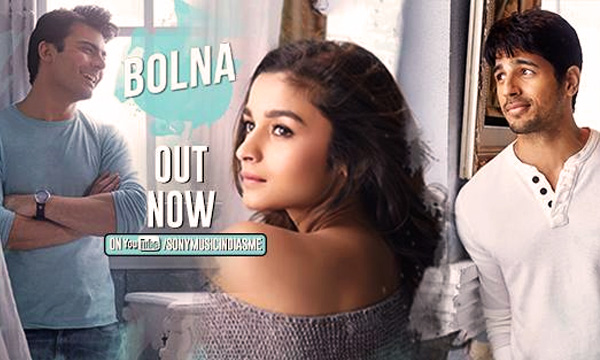 Alia is shown with either Fawad or with Siddharth, having fun or a sweet moments of bliss. The song clearly depicts a Fawad-Alia-Siddharth love triangle and Alia contemplating over which Kapoor boy to choose.

Karan Johar announced the release of the song on his Twitter:

Soulful, melodious and very beautiful, the Bolna track tugs at your heart strings in the best manner possible.

Watch the full song below:

Composed by Tanishk Bagchi, the soulful number has been sung by Arijit Singh and Asees Kaur.

Alia Bhatt sings a few verses of the song in her angelic voice!

Directed by Shakun Batra, Kapoor And Sons, which also stars Rishi Kapoor, Ratna Pathak and Rajat Kapoor as the other Kapoor family members, is slated to release on March 18.