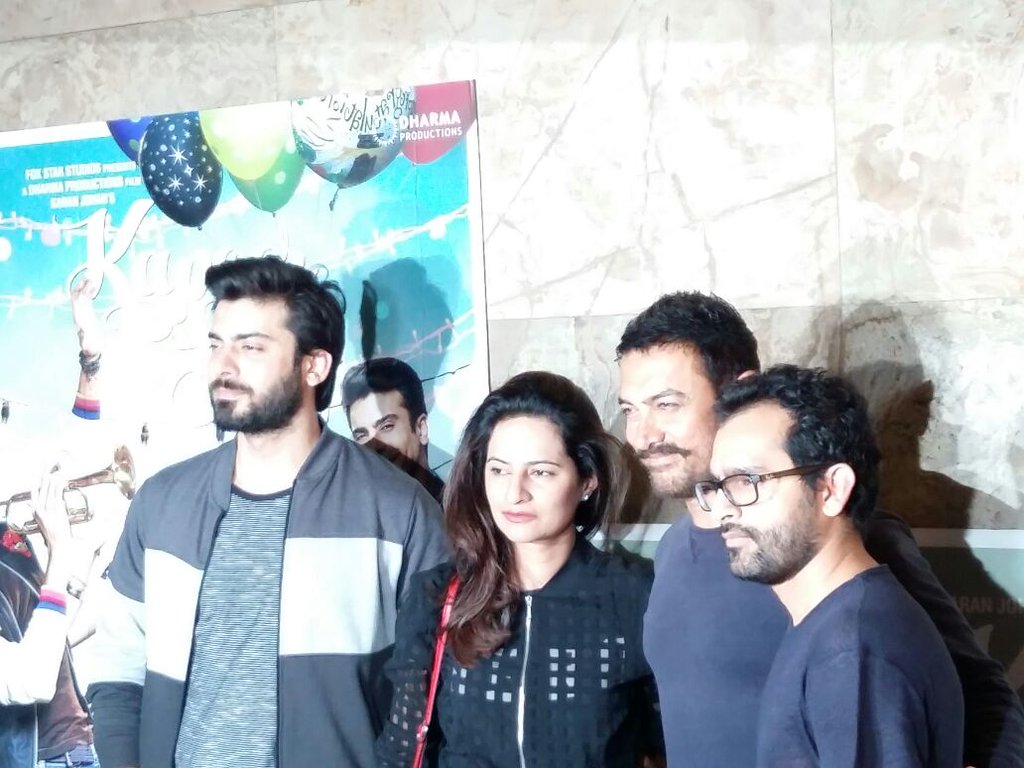 Fawad Khan’s second Bollywood movie Kapoor & Sons is finally hitting the theaters this weekend. A special screening was arranged for the Bollywood bigshots to catch the movie. Seen here at a screening are R Balki, Gauri Shinde, Masaba Gupta, Satish Kaushik, Sidharth Roy Kapur, and Rajkumar Hirani among others.

Karan Johar, the producer of Kapoor & Sons, was also present at the screening. Its apparent that he has huge expectations from his film. Also seen is one of the stars of the movie Fawad Khan, along with wife Sadaf. Alia Bhatt and Sidharth Malhotra however, did not attend this screening.

See pictures from the premiere below: