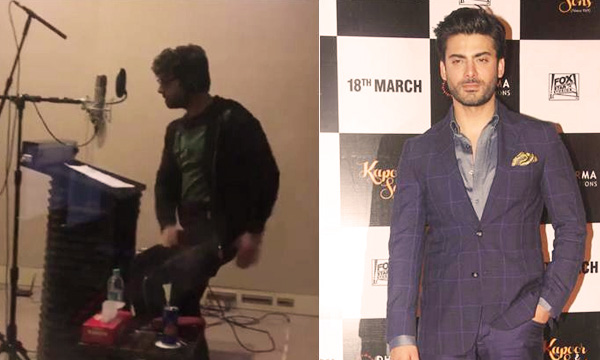 Fawad Khan’s upcoming Bollywood movie, Kapoor & Sons has already created major hype for fans and as if that wasn’t enough, the actor goes ahead and shares a video of himself singing the song ‘Ladki Beautiful’ from the much-hyped Kapoor & Sons, on Instagram.

Not just his vocals in the video but his adorable dance moves have made fans love him even more. Not being aware of the video going online, the actor showed a surprising reaction after somebody from the studio spoke out loud, “Fawad.. You on camera bro.. This is gonna go online.

https://www.instagram.com/p/BBtOH8WDPEV/
Fawad Khan will be seen in his second Bollywood movie Kapoor & Sons alongside Alia Bhatt and Sidharth Malhotra. The movie is all set to release on March 18th this year.