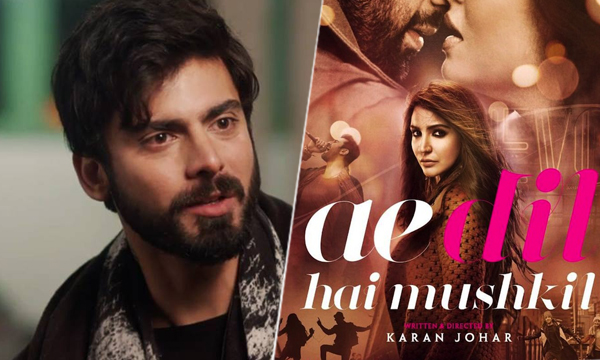 Seems lIke India is determined to end the reign of Pakistani celebrities in Bollywood. According to latest reports, Indian cinemas have declared a boycott of all movies featuring Pakistani superstars. This means the release of Karan Johar’s Ae Dil Hai Mushkil, featuring Fawad Khan is in big trouble all over again!

The Cinema Owners Association in India decided in a meeting today to not screen any films starring artistes from Pakistan!

“We have decided that we will not screen these films (with Pakistani actors)” said Nitin Datar of Cinema Owners Association.

The exhibitors association has requested all members in four states not to release ADHM owing to recent political hullabaloo.

“It was decided that keeping in mind the patriotic feelings and national interest, we have requested all member exhibitors to refrain from screening movies which have involvement of any Pakistani artists, technician, director or music director,” he added.

The decision came days before Ae Dil Hai Mushkil was about to hit the theaters on October 28. Just yesterday, Indian censor board deleted three intimate scenes from the flick. However, Dharma Productions assured that the film was passed without any cuts. This also suggests that none of Fawad Khan’s scenes have been removed either.

In an earlier news, Ae Dil Hai Mushkil had been cleared for release by Indian Motion Picture Producers’ Association (IMPPA). The political hullabaloo in both the lands has greatly threatened the fate of upcoming Indian films that star Pakistani actors. Karan Johar’s Ae Dil Hai Mushkil featuring Fawad Khan has landed itself in hot water now that Pakistani celebrities are facing a ban in India. Meanwhile, Raees movie, that marks the debut of Mahira Khan alongside Shah Rukh Khan is also facing the heat.

When will the situation settle? Let’s wait and watch!