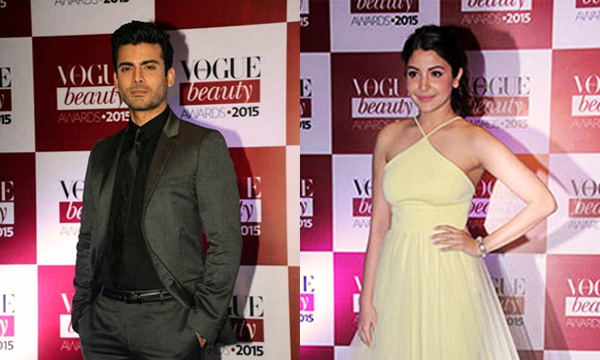 Its official! Fawad Khan has made it big in Bollywood! He’s wrapped up Bollywood flick Kapoor and Sons, and has firmly established himself as a globe-trotting celebrity hunk. And now he’s bagged the top prize at the recently held Vogue Beauty Awards!

Fawad Khan adds a strong dose of eye candy to the evening at the #VogueBeautyAwards pic.twitter.com/YNkwWUTWOq — VOGUE India (@VOGUEIndia) July 21, 2015

Whereas Anushka Sharma wins ‘Beauty of the Year’.

Fairytale gown + that peaches and cream complexion = a very happy @AnushkaSharma at the #VogueBeautyAwards pic.twitter.com/u2Lvrk3HJn