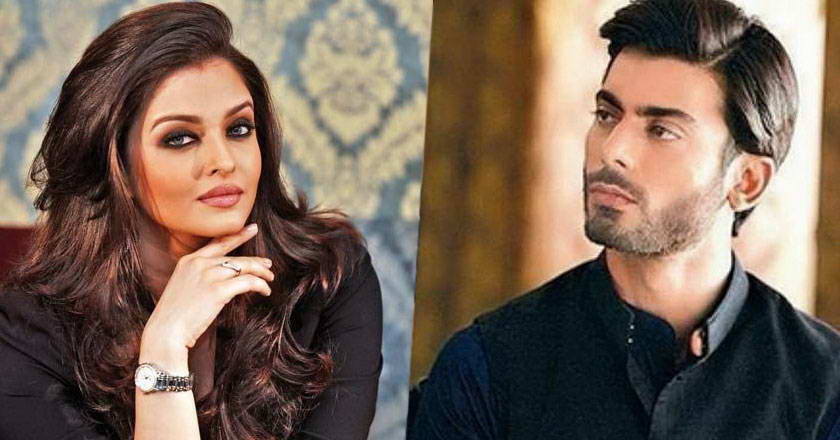 Kareena Kapoor Khan might have rejected our very own Royal Nawab but Bollywood’s beauty queen, Aishwarya Rai is all set to be casted opposite none other than Fawad Khan.

The recent Filmfare Award-winner from Pakistan is now rumored to star Aishwarya Rai Bachchan in the next Karan Johar movie Ae Dil Hai Mushkil, as reported by the India Times.

Word has it that the movie also stars Anushka Sharma and Ranbir Kapoor. The “Khoobsurat” movie-starrer has apparently impressed Karan Johar as he has reportedly been approached for the film.

The movie Ae Dil Hai Mushkil, is an unusual love story and unlike any other light fluff movies, produced and directed by Karan Johar who stated, “It’s a film that dwells deeply on relationships, heartbreaks and how love completes you, defines you and yet leaves you wanting for more. I have never had, in my entire career, a film that has come to me so fast, so organically and so from within.”

Earlier on, Fawad Khan had also been rumored to play opposite Kareena Kapoor in the movie Udta Punjab.

Another report states that Fawad Khan is starring opposite Priyanka Chopra in a major role in Madhur Bhandarkar’s movie “Madamji”, which revolves around the struggles of an item girl who sets out to become a politician.

The 33-year-old actor has charmed the masses across the border but before we get our hopes up, Let’s keep our fingers crossed for an official announcement soon!