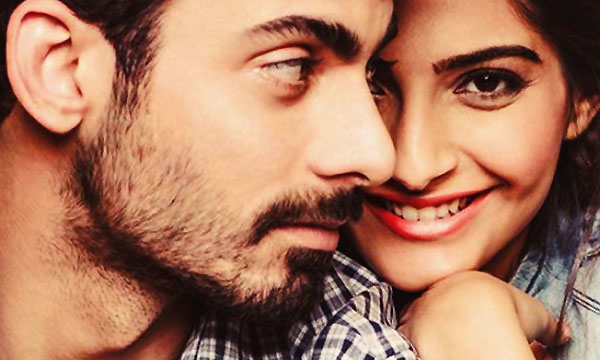 The Khoobsurat celebrity-duo Sonam Kapoor and Fawad Khan are planning to attend the Indian Film Festival in the second week of August together in Melbourne to watch the screening of their movie, as reported by Pinkvilla.

The movie Khoobsurat turned out to be one lucky venture for Fawad Khan who debuted in the Indian Film Industry with it and went on to winning a Filmfare Award for Best Male Debut. Now this movie is all set to be screened in Melbourne at an Indian Film Festival.

These celebrity duo will additionally be accompanied by Anil Kapoor, who is the father of Sonam as well as the movie’s producer.

Sonam Kapoor will be among the guests of honor at the Festival and will be promoting her father’s old-time classics like 1942 A Love Story and Mr. India which shall be screened there too.

Despite the fact that he is a very good friend of Sonam Kapoor, the singer-turned-actor declined to be cast as part of the movie “Battle for Bittora.”

Fawwad’s most recent movie project is Karan Johar’s “Kapoor and Sons” which is slated for release on 18th of March, 2016 and is expected to be a Bollywood blockbuster.