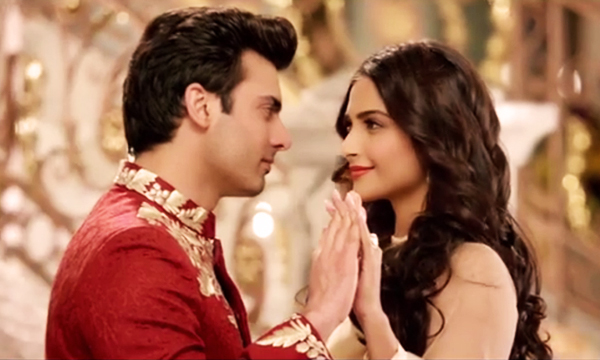 The Khoobsurat couple of B-Town, Fawad Khan and Sonam Kapoor have reunited for Tarang’s latest TVC directed by the talented, Asim Raza. Shot as a desi twist to the classic Cinderella tale, the TVC shows Khan and Kapoor in fairytale settings.

This Khoobsurat reunion has perfectly played on the endearing chemistry between the couple while Engro’s tea whitener, Tarang has upped its endorsement game by involving the Bollywood diva as the endorser.

Earlier, Khan shared some BTS from the TVC shoot in his tweets below:

It was disclosed that the handsome Pakistani actor Sheheryar Munawar Siddiqui is also associated with the project. A source close to Munawar further revealed that Munawar is the producer at Asim Raza’s company, The Vision Factory Films and he has worked behind the camera on this commercial.

The TVC is expected to run on all Pakistani media channels at the end of this month. Fawad Khan is currently busy in promoting his second Bollywood movie Kapoor & Sons alongside Alia Bhatt, Sidharth Malhotra, and Rishi Kapoor.

With such frenzy combination of stars and musical extravaganza, the TVC brings a lot of fan following and good old romance on the screen.