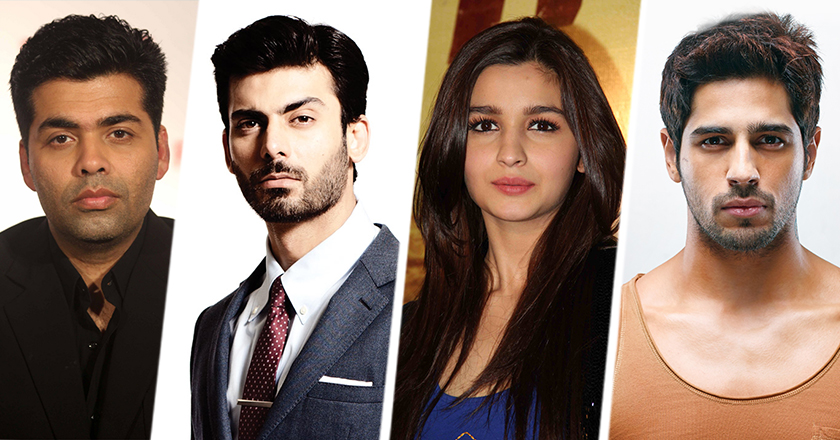 Bollywood’s ace director finally announced that his upcoming movie stars Alia Bhatt, Fawad Khan and Siddarth Malhotra. With our local boy, Fawad Khan and the two stars of K.Jo’s former movie, Student of the Year, this movie is set out to be one of one eye-candy affair.

The director roped in for the movie is Shakun Batra, who debuted in Dharma Productions with his first directorial venture “Ik Main Aur Ik Tu”.

According to Karan Johar, this will be a family saga film, titled as “Kapoor and Sons” and its story is reportedly about two brothers who are part of a dysfunctional family.

The veteran actor, Rishi Kapoor is also part of the film.

This is what Rishi Kapoor tweeted about his role in the movie:

Here is what Karan Johar tweeted to announce the cast and details of the upcoming movie.

A modern family film with a love triangle embedded in it…KAPOOR and SONS directed by @shakunbatra…..cast coming up next….