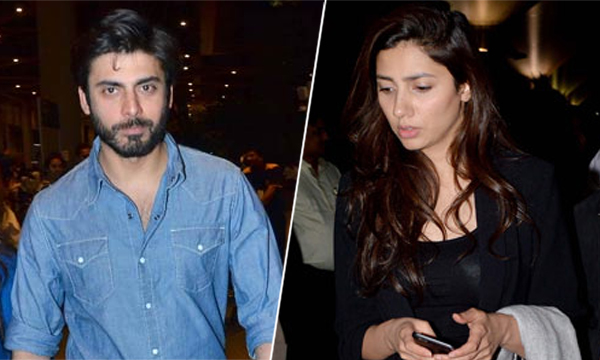 Earlier, Indian nationalist party Maharashtra Navnirman Sena (MNS) film workers association threatened all Pakistani celebrities in Bollywood to the leave the land within 48 hours! The buzz is that prominent superstars like Fawad Khan and Mahira Khan are not in India anymore, following the heat brewing between both the lands!

According to a report by Nation.com.pk, majority of the Pakistani icons including Ali Zafar and Imran Abbass who were shooting for their projects have apparently returned from across the border.

“Most of the Pakistani celebrities have returned home from India. They have been advised by their directors and producers to remain silent on the issue as they might face negative public reaction”, revealed a source to the Nation.

A similar news was confirmed by Bollywood website, Spotoye that Pakistani celebrities have reportedly departed from India.

“They are not in our country. I think all the Pakistani artistes have gone away. Some of them have gone to Dubai, some went to Pakistan directly, and some went to Dubai and took a connecting flight to Pakistan.” MNS Chitrapat Sena’s president Ameya Khopkar told  Spotoye.

Meanwhile, MNS have warned leading Indian T.V entertainment networks like  Star, Sony, Zee and Colors to not to rope in any Pakistani actors for any of their potential projects.

“Yes, our people met Star, Sony, Zee and Colors and made our stand clear.” Khopkar divulged.

India has turned out to be a major threat zone for Pakistani celebrities. Seems like Mahira Khan will not be a part of Shah Rukh Khan’s Raees promotions. Ali Zafar’s Dear Zindagi, starring SRK and Alia Bhatt has also come under fire by nationalist party of the neighboring nation.

Meanwhile, Fawad Khan was to kick start shooting of his movie Raat Baaki with Katrina Kaif. Seems like shooting will be ceased in light of the current scenario.

In another report it is revealed, that Khan will not pay a visit to India because he has to take care of his wife Sadaf. The couple is all set to welcome their second child in the upcoming months.