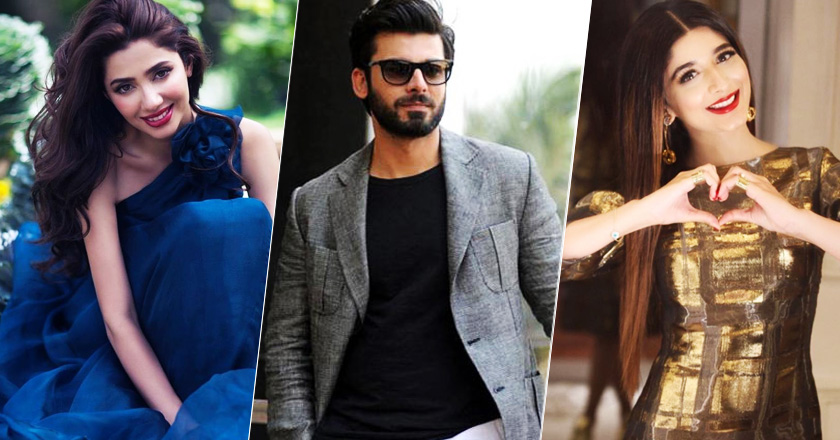 The bubbly Pakistani beauty Mawra Hocane has proved her mettle time and again. The talented actress has managed to rope in quite a massive fan following at a very young age- all thanks to her exceptional acting skills and charming personality.

With successful Pakistani dramas under her belt and a super-hit Bollywood debut movie Sanam Teri Kasam, the charmer has become one of the top ten most popular Pakistani celebrities on Wikipedia this year, joining the likes of Fawad Khan, Mahira Khan,and others.

See the list of the top 10 most popular Pakistani celebrities on Wikipedia here .

These are the ten most popular Pakistani people on @Wikipedia. (Data is based on page-views during last 30 days) pic.twitter.com/lIz6N3d5HX

While most of the celebrities are political figures, Mawra ranked 3rd amongst Pakistani actors, right after Fawad Khan & Mahira Khan. Now that’s Commendable!

It’s a massive honor for our shining stars to be considered amongst ace names like Muhammad Ali Jinnah, Benazir Bhutto and Muhammad Iqbal etc.

The latest buzz was that Mawra will soon be teaming up with the Pakistani McSteamy, Fawad Khan for a gorgeous Republic by Omar Farooq photoshoot. We can’t wait to see the power duo together!

Ranking 2nd in the list, Fawad is one of the most popular Pakistani celebs on Wikipedia and we couldn’t be more proud! Fawad Khan on the other hand, has left no stone unturned to charm the fans! Casting his magic in Ae Dil Hai Mushkil, the Humsafar hero has been successful at roping in even more Indian and Pakistani fans worldwide. People love him and we know he deserves it!

The fabulous fashionista, Mawra beat Atif Aslam and ranked 9th in the over Wikipedia list. Way to go Mawra, Mahira and Fawad! We are so proud of you.

What do you think of this article? Let us know in the comment section below & stay tuned to Brandsynario for more news & updates.