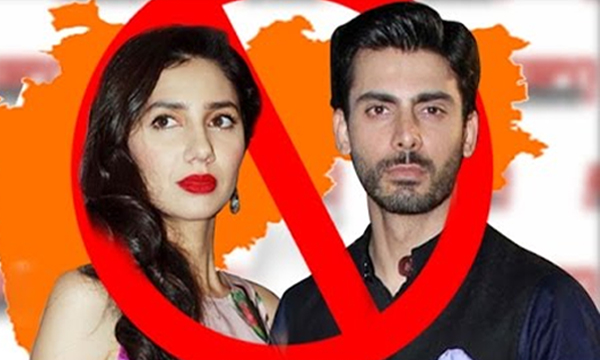 While Fawad Khan’s Ae Dil Hai Mushkil and Mahira Khan’s Raees was promised a safe release in Bollywood by Maharashtra Navnirman Sena (MNS), the buzz is that the Indian extremist party is planning to put a permanent ban on Pakistani celebrities in their nation’s entertainment industry.

A report by Indian website, DNA revealed that ban on Pakistani celebrities in Bollywood will be forever.

“We made it clear that we wanted a permanent ban on Pakistani artistes, technicians and singers,” told MNS Chief Shalini Thackeray to DNA.

It seems that MNS promised a safe release for just ADHM, Raees and Ali Zafar’s Dear Zindagi. However, they are determined to not allow any Bollywood movie, featuring a Pakistani celebrity to hit the Indian theaters.

“We will ensure that no filmmaker works with Pak artistes in the future, even if the relations between the two countries improve,” added the MNS chief.

What is more, she declared that the movement against all Pakistani stars will continue even if the ties between India and Pakistan improve in future.

“It is not timely or periodic, it will be forever and we will ensure that it is complied with.”

Seems like Pakistani celebrities can bid farewell to their potential careers in Bollywood.

Meanwhile, many Indian stars are of the opinion that art and politics should not be mixed. Many have risen against the controversial boycott of Pakistani artists in Bollywood. Unfortunately, they all faced the heat by MNS for opposing the ban.

When will the cold war between the entertainment industry of both the nations settle? Let’s wait and watch!