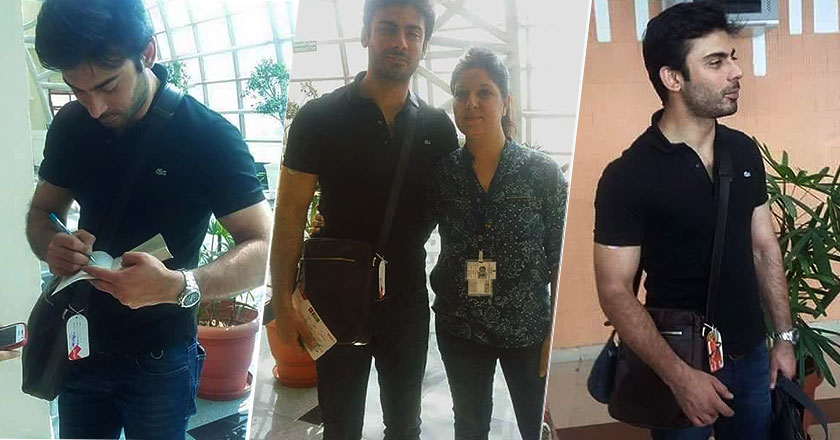 Fawad Khan has just recently arrived in Mumbai, India for the shooting of his latest Bollywood venture, “Kapoor & Sons.”

The producer of the movie, Karan Johar announced the arrival of the actors and actress and their test looks for the movie starting off, via Twitter:

This next production under Karan Johar’s production house, Dharma Productions is being directed by Shakun Batra, and the project has finally started rolling. Reportedly Fawad Khan and Siddarth Malhotra will play the brother duo of the Kapoors and one of them will be gay.

According to the producer-director, Karan Johar, the movie will be a modern family film with a love triangle embedded in it. We cannot wait to see the new avatar that will be sported by homeboy, Fawad Khan in this star-studded venture.