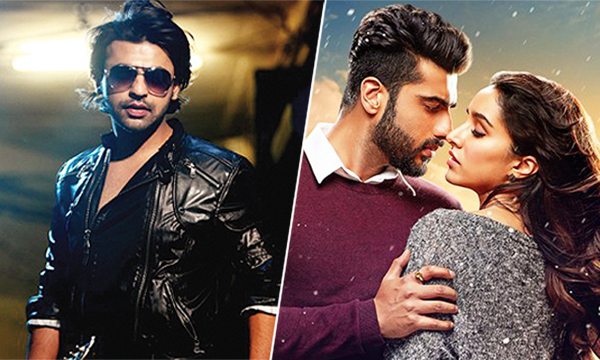 The talented singer turned actor, Farhan Saeed is yet again back with another melodious tune, ‘Thori Der’ from the upcoming Bollywood movie, Half Girlfriend.

The romantic duet has been picturised on the beautiful Shraddha Kapoor and Arjun Kapoor. The multi-talented, Farhan Saeed has always wowed us with all that he does, be it singing, acting or performing in front of millions he does it all with unmatched style! The soulful music composition for Half Girlfriend’s latest track has also been composed by Saeed.

The vocals for the track have been provided by Farhan Saeed and the girl with a nightingale voice, Shreya Ghoshal. The song will definitely be loved by all those who are hopeless romantics at heart!

At a time when Pakistani artists are not welcomed into Bollywood, it gives us hope for peace when the ‘Pi Jaun’ singer has worked for the upcoming Bollywood film, ‘Half Girlfriend’.

The movie is being produced under the Balaji Motion Pictures banner and is being directed by the brilliant, Mohit Suri.

Farhan Saeed Is Back in Bollywood!