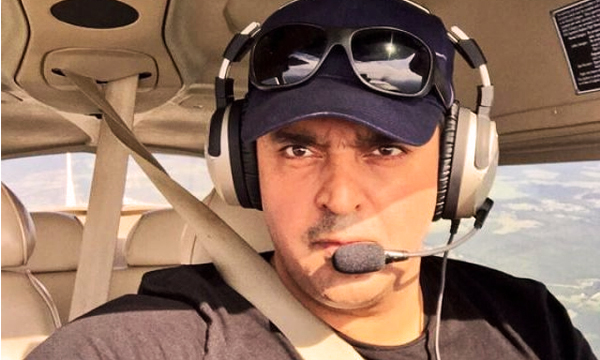 Chairman of Sindh Films Censor Board, Fakhr-e-Alam submitted his resignation right after the saddening death of Amjad Sabri in Karachi. His resignation letter has been forwarded to the Chief Minister of Sindh Qaim Ali Shah for approval.

According to the reports, Fakhr-e-Alam in his resignation letter has demanded complete security and safety for the artists residing in Pakistan. While talking to Shahzeb Khanzada on Geo News, he said that the artists and citizens in Pakistan do not ask for any protocol like politicians, but providing safety and security is the biggest responsibility of the government.

Have a look at his resignation letter here:

I have submitted my resignation frm my position as Chairman Sindh censor board & thank the Govt for the opportunity. pic.twitter.com/e7ELBC0hfA

The resignation letter of Fakhr-e-Alam, not only demanded strict security measures but it also stated how futile it is to work with the government authorities, if people like him or the citizens are not allowed to raise questions.

Thank you Pakistan for your absolutely over whelming support….I am humbled, grateful & truly proud of being part of this great nation.

He raised this point in his resignation letter due to the bogus comments of the PPP leader, Shela Raza about the talented artist.

Fakhre-e-Alam signed his resignation letter with good hopes and looks forward to amendments in the near future.