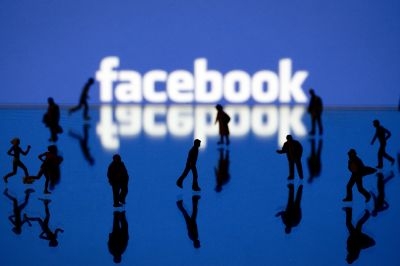 Net profit in the third quarter jumped 11 percent from a year ago to $891 million as revenues leapt 41 percent to $4.5 billion, despite the negative impact of a strong dollar.

The vast majority was from advertising, and mobile accounted for 78 percent of ad revenues in the quarter, compared with 66 percent a year earlier.

“This was another good quarter and we continue to grow the size and engagement of our community,” said chief executive Mark Zuckerberg on a conference call.

“More than one billion people use Facebook every day.”

Facebook said the number of monthly active users of the network hit 1.55 billion, up 14 percent from a year earlier. And it counted some 1.39 billion of its members using mobile devices such as smartphones or tablets.

The stronger-than-expected earnings report sparked a gain of 3.7 percent in Facebook shares in after-hours trade to $107.73.

Analysts say Facebook has become an online advertising juggernaut as it leverages its huge base to expand into other applications such as Instagram and WhatsApp, and delve into virtual reality projects through its acquisition of Oculus.

Zuckerberg said that “with Oculus we’re in a great position to deliver a new generation of shared immersive experiences” and noted that its Rift headset would be on sale early next year.

“Virtual reality has the potential to be the next computing platform that changes all of our lives,” he added.

“It’s important also to recognize that this is going to grow slowly like computers and mobile phones when they first arrived, so we’re committed to Oculus and virtual reality for the long term.”

According to the research firm eMarketer, Facebook accounted for eight percent of worldwide digital ad revenues in 2014 and is expected to reach 9.6 percent by the end of this year.

Google is expected to remain the market leader with a 30.4 percent share this year, down from 32 percent last year, eMarketer estimates.

In mobile, Facebook’s share of digital ad revenues this year is expected to be around 17.4 percent in a market worth some $72 billion.

Chief financial officer David Ebersman told the conference called that “we have been very pleased by the sustained high growth of mobile advertising revenues,” adding that this has been able to grow without hurting “user satisfaction.”

He added that the company sees healthy growth opportunities ahead for Facebook and Instagram but that revenues may be hit by currency factors.

Facebook recently ramped up its ability to search its trove of online postings, stepping up its battle against Google in the online search domain and against Twitter and others to be the key source of news and conversations about news topics.

Facebook is also testing a shopping tab for its mobile app to get deeper into online commerce. It will begin testing a Shop section where people can “discover, share, and purchase” products. Facebook has also tested “Buy” buttons to streamline purchases at the social network.

The California giant is among those facing possible legal issues in Europe after a court ruling invalidated a legal agreement on cross-border data transfers due to privacy concerns.

Here’s How You Can Use FaceTime On Android & Windows