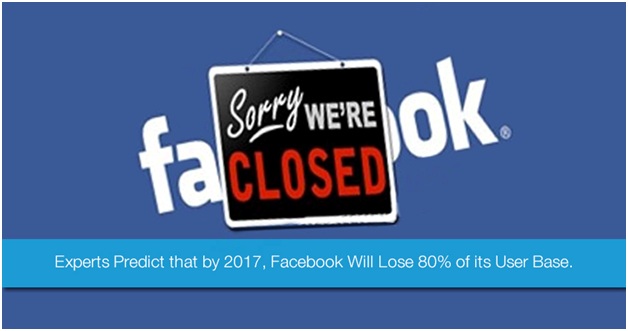 The news about Facebook closing down has been in the air for quite some time now. However, the recent research by Princeton University has solidified what the social media experts have been predicting lately.

Researchers at Princeton University in the United States anticipate that Facebook will face a speedy downfall in the coming years thereby losing 80% of its peak user base between 2015 and 2017.

“Ideas, like diseases, have been shown to spread infectiously between people before eventually dying out, and have been successfully described with epidemiological models,” the researchers narrated in their paper.

In order to strengthen their research findings, the researchers have used Myspace as a clear example of portrayal of a trend of adoption and leaving, a nature found in infectious diseases.

The researchers used Google query data as an indicator of social media usage and thereby plotted a curve, which signify that youngsters have started moving away from the ‘favorite’ social media platform of all ages.

Facebook clearly has to take some serious steps to slow down this ‘abandonment’ trend or else, the Facebook Like thumbs up would take no time to get rotated for its parent brand.