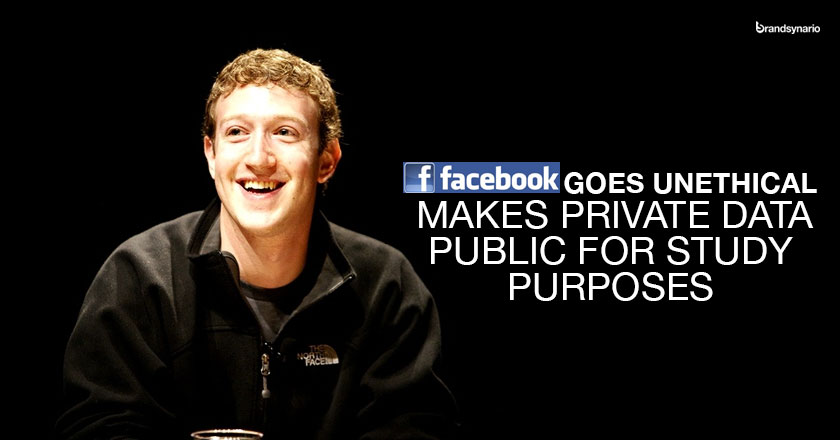 Facebook’s data-use policy is composed of nearly 10,000 words, but it does mention that user information can be manipulated!

Facebook users criticize the recent unethical act by Facebook by manipulating their News Feeds for a recently published study by researchers.

According to the sources, researchers tweaked the feeds of 689,003 users to show a uneven number of positive or negative statuses for one week in January 2012.

They published the results in the journal PNAS (Proceedings of the National Academy of Sciences) which said that the emotions of others on your News Feed can affect your mood.

Facebook users were disappointed as they were not informed that the researchers were manipulating News Feeds, and many questioned the study’s ethics.

Facebook users are are very serious about their issues and according to their response,  they are not going to take this matter lightly.

May be time to start looking for an alternative to Facebook……what else can they manipulate? http://t.co/JpOaZwQbYK

But the sad part is, Facebook is legally allowed to do this.

As soon as users sign up for the social network, they agree to give up their data for analysis, testing and research.

One could argue that Facebook’s user agreement provides enough informed consent, but it doesn’t mention data manipulation. The users are disappointed because in this case, the manipulation of data was without users’ prior consent or knowledge.

Even after the experiment was over, Facebook study did not mention telling the 689,003 users that they were their participants.