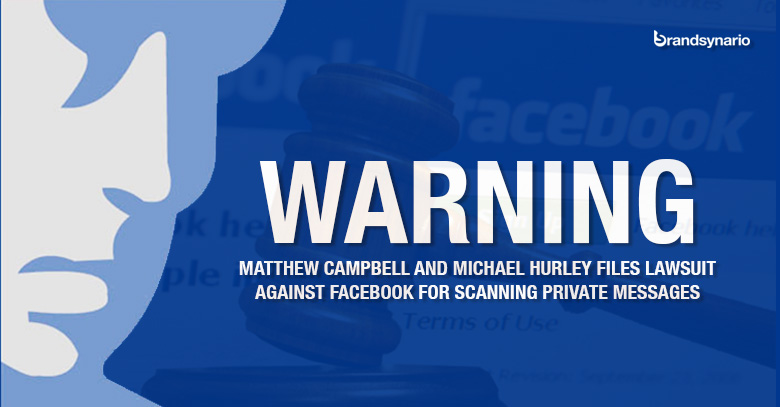 Facebook has just been served with a class-action lawsuit for scanning the very unaware facebookers private messages and selling it to third parties like; Advertisers.

Matthew Campbell and Michael Hurley are the two names behind the lawsuit filed under Electronic Communications Privacy Act, accusing that facebook scans its users’ private content without prior consent.

Facebook, the world renowned social network phenomenon that has over a billion active-users, has “just” been accused of stealing public data.

The allegations says Facebook methodically scans personal messages of its users, so that it could sell the findings to advertisers, so that they could channel their ads on people with similar interests.

The entire business model Facebook, is founded on monitoring what their users write, like and upload so that the social networking giant can sell it to advertising planners.

In principle, there isn’t much wrong with Facebook using user data to make customized ads and fiscal gains. At the end of the day, the service facebook provides is free, and the company has to make money one way or the other.

However, the biggest concern not ‘data mining’ but the ‘transparency’ of the act as a whole. In a nutshell Facebookers might be all right to know that their Likings, Status Uploads and Messages are sorted automatically by machines rather than actual human beings.