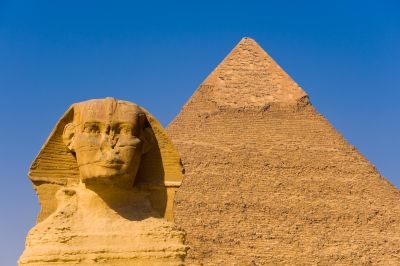 A group of Egyptian and foreign experts launched Sunday a new bid to unravel the “secrets” of the pyramids, including a search for hidden chambers inside four famed Pharaonic monuments.

Architects and scientists from Egypt, France, Canada and Japan will use modern infra-red technology and advanced detectors to map two pyramids at Giza and the two Dahshur pyramids, south of Cairo.

“This special group will study these pyramids to see whether there are still any hidden chambers or other secrets inside them”, Minister of Antiquities Mamduh al-Damati announced at a news conference.

“These engineers and architects will conduct the survey using non-destructive technology that will not harm the pyramids,” he said.

Experts said the study, known as “Scan Pyramids” will also be a fresh attempt to understand how the monuments were built in the first place.

Many previous missions have attempted to unravel the mysteries of the pyramids, but archaeologists and scientists have yet to come up with a concrete theory explaining how the structures were built.

The two pyramids at Dahshur were built by Snefru.

“The idea is to find the solution to the mystery of the pyramids,” said Mehdi Tayoubi, founder of Paris-based HIP Institute that is participating in the project.

“A similar attempt was made 30 years ago, but this is the first project at a global level using cutting-edge technology to look inside the pyramids,” he told AFP.

Project “Scan Pyramids” is expected to last until the end of 2016.

Damati said the “infra-red and muon” technologies that would be used to search the four pyramids could also be useful to look for a possible hidden chamber in King Tutankhamun’s tomb, which may be the burial place of Queen Nefertiti.

Archaeologists have never discovered the mummy of the legendary beauty, but renowned British archaeologist Nicholas Reeves said in a recent study that her tomb could be in a secret chamber adjoining Tutankhamun’s tomb in the Valley of Kings at Luxor, southern Egypt.

Reeves, who was in Luxor in September to probe his theory, believes one door of Tutankhamun’s tomb could conceal the burial place of Nefertiti.

Egypt has already approved using radars to search the boy king’s tomb, which was found by British Egyptologist Howard Carter in 1922.