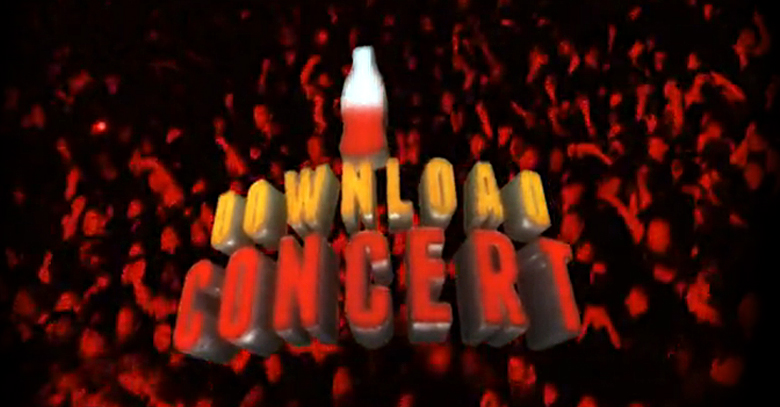 Who could ever imagine having 50,000 songs being downloaded from a newly launched radio station? Well, to our surprise Coca Cola did it and that too in one hour.In the market which is full of musical entertainment via numerous channels and mediums, Coke FM definitely managed to woo its target market.

The Coca Cola Downloadable Concert is an unthinkable marketing strategy that left everyone awestruck. In Columbia, Coca Cola publicized its online radio station via a live concert by a popular local band.

This was no ordinary concert as the band only played songs which the audience downloaded from Coke’s radio station and came nearer and nearer to the audience with each song, that is, the band ‘downloaded’ literally, from the height of 50 meters right before the eyes of the audience.

The band was situated 50 meters above the stage at the beginning of the concert. Thus, every single time the crowd downloaded a song, the band played it live and descended 10 meters. This continued till the band touched the ground and could face their fans.

Moreover, this stunning performance enabled 50,000 downloads per hour to be made from the website. This caused 800 percent more interaction on the web along with 337 percent increase in visitors.

What more could a recently introduced channel want?

No wonder, Coca Cola has been labeled as a ‘Vision Brand’. It is a brand that ensures that it leaves its audience dumbfounded and it stands out from its competitors.

The social media has been a stepping stone for their new marketing strategies. This ensures an easy promotion of photos videos or ideas via social networking sites. Another reason for Coke’s success is that they take into account ‘customer interests’. Coca Cola’s Open Happiness campaign is a prominent example for this.

Furthermore, the brand seems to have realized the fact that in today’s world, TV advertising is not the absolute way to put their brand in the eyes and hearts of the masses. However, (social) interaction surely is.

Therefore, according to them they have acquired the art of ‘Dynamic Story Telling’, whereby their interaction with customers weaves a story, which can then be shared on the social media.

This explains the basis for the Downloadable Concert and why was it so influential. It involved people, made them happy and this happiness was then shared under Coca Cola’s name all over the world.

For this reason, similar concerts are planned in Quito, Sao Paolo, and Mexico City. Also this tells us how well Coca Cola is fulfilling its mission statement of ‘refreshing the world’ by bringing in happiness and positivity!