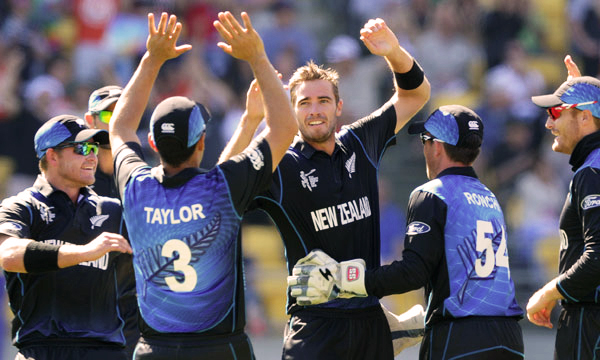 New Zealand media have likened Eoin Morgan’s England team to Frankenstein’s monster, saying they turned the Black Caps’ own game plan against them to win the World Twenty20 semi-final on Wednesday.

While acknowledging England were the better team and deserved the seven-wicket win in New Delhi, Kiwi pundits said the seeds of the result were sown when the sides met in Wellington last year at the Cricket World Cup.

“This was an England team that the Black Caps turned into a monster. And the monster came back to destroy them.” The New Zealand Herald’s Andrew Alderson said England also mimicked the Black Caps by taking the emotion out of their cricket, delivering “a clinical dissection which wouldn’t have looked amiss in an operating theatre”.

“If the Black Caps could be deemed ‘the masters’, their apprentices trumped them,” he wrote.

He added that “England have morphed into a side with swagger and chutzpah”, since their Wellington humiliation, rating them a good chance of winning the decider on Sunday against either India or the West Indies.

Johnstone said the heavy loss was a “limp” end to a campaign that saw the Black Caps cruise through the group stages undefeated, including wins over Australia, India and Pakistan.

The New Zealanders have shown they can advance deep into limited-overs tournaments but are yet to reach the next level and win a 50-over or T20 World Cup.

However, Kane Williamson proved himself an able captain for the post-Brendon McCullum era and the promising young spin duo of Ish Sodhi and Mitchell Santner excelled.

Former Black caps paceman Simon Doull said Williamson’s men exceeded expectations, finally showing they could play in Indian conditions, and should not be judged too harshly.

“We’ve had a good tournament and adapted to conditions really well, I don’t think this is a failure,” he told Radio Sport.

“Today’s game will be disappointing, but if you’d told me at the start of the tournament that we’ll go there and make the semi-finals of the T20 World Cup on the sub continent, I’d have said ‘no way’.”