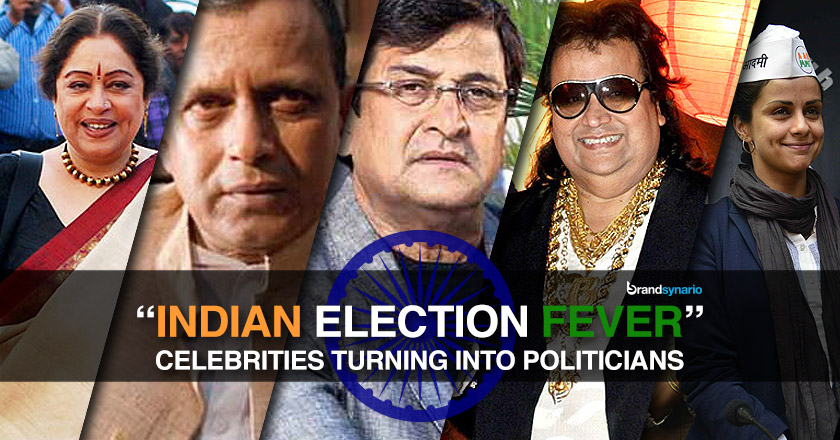 With the Lok Sabha election gaining hype and fervor, many Indian celebrities are gearing up to lead rather than entertain the Indian nation.

Many stars from the film and sports industry have joined different political parties according to their own notions and ideas.

The famous actor, Mithun Chakraborty was taken up by the Trinamool Congress (TMC) earlier this year. e was the first one to choose one side. Bengali actors Moon Moon Sen and Biswajit Chatterjee are also nominated by TMC from Bankura, West Bengal and Delhi respectively.

Famous for her dedication towards social causes, actress Gul Panag was selected by the Aam Admi Party (AAP)from Chandigarh only last week. She was reported to have said at a press conference, “The country is plagued with various issues …we are at a time where democracy needs to be more accountable and participative.”

After actors, filmmakers picked a side too and Marathi actor/filmmaker, Mahesh Manjrekar declared that he will be representing Maharashtra Navnirman Sena (MNS) and said, “I am very happy today. This is the right time to take a plunge.”

Congress party did not hold back either and took up two actors, Ravi Kishan and Nagma from Janpur and Meerut.

The producer and actor, Kamal Rashid Khan has joined Samajwadi Party, a party that is titled towards the socialist point of view.

Following the footsteps of actors and filmmakers, musicians and sports celebrities are also showing high level of interest in politics. Singers like Jaspinder Narula have joined AAP while Babur Supriyo went for TMC from Bengal region. Narula told the media, “I found AAP to be the only party that talks of a corruption-free India.”

Kaif has joined Congress while Pillay has opted for AAP with Bhutia planning to stand from Bengal region for TMC.