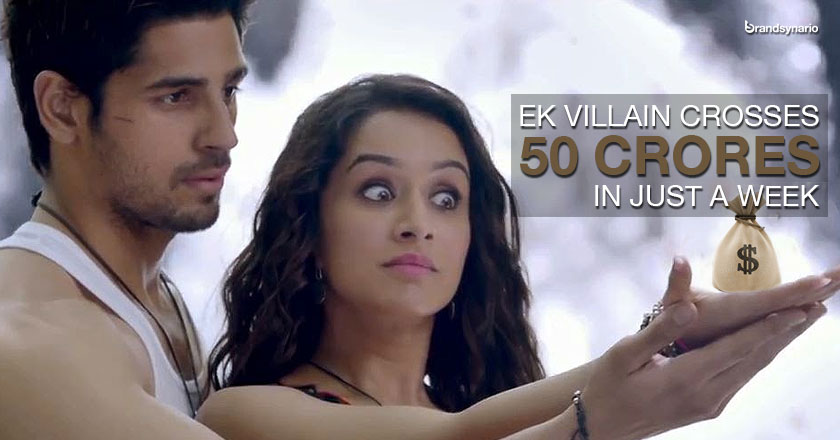 The movie took off with a stupendous start at the box office on Friday, fetching 16.72 crore on the very first day.

The movie has been produced by Ekta Kapoor under the banner of her production house Balaji Motion Pictures.

Ek Villain is an awe-inspiring story about a gangster-turned-good boy (Siddhartha Malhotra) and a psycho killer who lives in the guise of a middle-class, so-called good man.

With melodious tracks, some average suspense shots and a cute couple, Ek Villain packs off as a good one- time watch.

Judging from the number of shows allotted in leading theaters of Pakistan, we can safely say that the romantic-thriller has gained a mass popularity in Pakistan too.

Tracks like “Zarorat”, sung by Mustafa Zahid who belongs to a Pakistani band “Soch” and “Awari” which is sung by Adnan Dhool has further added to the movie’s popularity.

It’s “Biskut” Not Biscuit; Get With It!