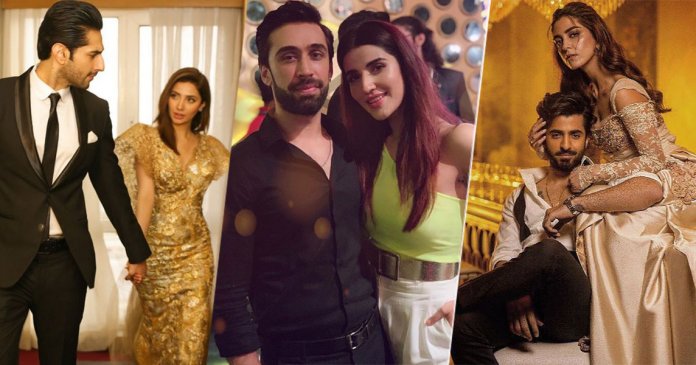 The year 2018 was a great year for entertainment; Cake, Teefa in Trouble, JPNA 2, Load Wedding and so many more Pakistani films released that impressed both critically and commercially.

Following the momentum, 2019 has had a good start with some great releases so far, however, this is just the beginning, it seems.

To help you keep up to date with all the upcoming Eid-ul-Adha releases, we’ve put together a list that we’ll be constantly updating.

Director Asim Raza is back with Parey Hut Love starring Sheheryar Munawar and Maya Ali in the lead.

The trailer reflects a complicated storyline with multiple subplots making us impatient to watch the movie.

Parey Hut Love is scheduled to release on Eid ul Azha. Watch the trailer below:

‘Sacred Games 2’ Trailer is Out & Looks More Thrilling Than Before!

The first song, ‘Bekaraan’ from Mahira Khan and Bilal Ashraf’s upcoming film Superstar released making the audience believe in their onscreen chemistry. The song features Mahira as Noor and Bilal as Sameer Khan swaying and romancing in each other’s arms.

Mahira reminds us of her Humsafar days, while Bilal looks like he’s matured as a performer and we cannot wait to see what more the film has to offer.

We do not know much about the story, apart from the fact that the film revolves around the subject of stardom. The official first look was released featuring the lead couple with the tagline that read: ‘If you want to shine, you’ll need the darkness’.

Directed by Ehteshamuddin, Superstar will hit cinemas on Eid ul Adha this year.

Listen to the full song here:

Promising a great mix to make a super hit masala film, Heer Maan Ja will also slightly discuss honor killing and how women are still suppressed in some households, until today.

Produced by Imran Kazmi, the film will release on Eid ul Adha. Watch the teaser and let us know what you think: