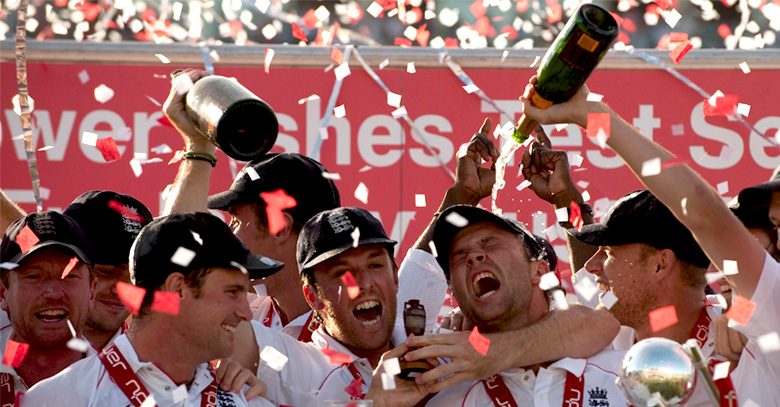 By the time Muhammed Irfan takes his first wicket, a person sitting in fornt of his television set is subconsciouly hit by numerous advertising messages. Even if you zap in and out of cricket match, you are exposed to around ten brands on average.

A team enters the field and cameraman takes a topshot highlighting around three brands painted on the grass. The bowler measures his run up and while he does so, your eyes travel along the side board which advetises five more brands.

Then the bowler looks you straight in the eye and so do logos of the three not-so-conspicuous brands that are stiched or printed on his shirt.

Then the two batsmen dance into the ground, exposing brands that are pasted on their pads, shirts (the opposition usually has a separate set of sponsors), gloves and bat.

By the time the batsmen hits his first four, and ball hits Shahid Afridi’s hot picture plastered on some part of the ground, your mind is chanting Pepsi, Head & Shoulders and Honda instead of wicket.

On a day when Pakistan is playing a cricket match against India all businesses slow down, traffic is almost non-existent and every person old or young, male or female is glued to their television sets.

According to the statistics of Marketing Ratings and market shares for TV shows in 2012, Cricket occupied seven out ten of the Top programs in 2012 which include various matches from Asia Cup and ICC T20 Cricket World Cup.

From the perspective of marketer, these are the probably the single biggest assembly of people focusing on a very few channels and watching same broadcast. So from scoreboard to scoring boundaries to dismissals, everything is sponsored.

A customer throughout the transmission of a cricket match of three to eight hours is exposed to tons of television commercials. Also, various TV channels cash on pre-match hype to generate more revenues by getting sponsors for their pre and post match TV shows.

Knowing the reach they have during cricket matches and how much advertisers are willing to pay to assure their presence on television, TV channels like ESPN have reportedly paid over $1.1 Billion to acquire Global rights for all major international cricket events.

Now with the introduction of tournaments like IPL, Champions League T20, Big Bash T20 and the proposed Pakistan Super League, only time will tell that how much more exponentially the sport of cricket will grow not just as a game but also as a commercial activity.