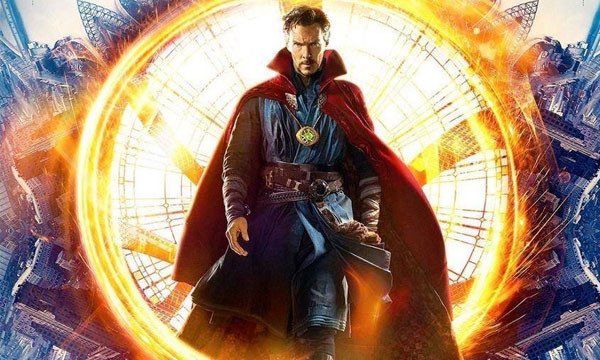 With annual blockbusters mainly comprising of either superhero movies, or incredibly long movie franchises, you have to ask, “what does each new movie bring different to the others”? Every new movie in a similarly encompassing franchise has this task getting harder by the year. For 20156, it was the turn of Marvel’s Doctor Strange.

Doctor Strange is the second movie in the 3rd phase of the Marvel Cinematic Universe after Captain America: Civil War, and is in total the 14th movie of the Marvel franchise. This is the first official on-screen adaption of the infamous magical comic book character, while most other characters have previously been portrayed on screen in one form or the other. The movie revolves around a surgeon called Dr. Steven Strange, who is an acclaimed expert in his field, such that he hasn’t lost one case which he has taken on. This is mostly due to the fact that he usually takes on possible, yet challenging cases. His phenomenal success makes him incredibly arrogant, and self-absorbed, someone that Benedict Cumberbatch plays brilliantly as it usually mirrors his performance as Sherlock. He is someone that is usually selfish, which mostly hinders his relationship with his fellow surgeon and love interest Christine Palmer, played by Rachel McAdams.

In his selfish demeanors of being overly confident and too reliant on his intellect, Strange suffers a horrific accident in which he permanently damages his hands. In his haste to get his hands fixed again by numerous failed surgeries, he travels to Nepal where he follows the tip of a man in similar circumstances but got himself fixed. This is where he meets the Ancient One and is introduced to a whole new world of spiritual, ancient and mystical world.

This movie focuses mainly on bringing about a more magical power intake into the Marvel Universe while other movies were mostly based on the physical prowess of superheroes. Such that, the inept mystical environment and powers displayed through CGI were beyond amazing. There would probably be only a select few movies which provide such an exceptional watch in terms of bending reality and normality; psychedelic visuals done magnificently.

Other than that, the actors did a competent job portraying their roles. Benedict Cumberbatch’s Steven Strange secretly hinted at a similar superhero portrayal that was initially done by Robert Downey Jr. as Iron Man, which is why it looked occasionally familiar. Nonetheless, he did a good job and the character wasn’t one that was out of his comfort zone.

One character that really stood out was Tilda Swinton as the Ancient One. In this role, she portrays a civil, righteous and steadfast individual that looks to guide Steven Strange’s unfathomable ego to the righteous path. While most characters do their job competently, there is one major role that almost in all Marvel movies lacks the most depth in, is the role of the villain. In Kaecilius, they struggle to do so again. Even with a brilliant actor in Mads Mikkelsen, they fail to write Kaecilius with much depth or back-story in the movie. The audience failed to connect with the villain, and it felt like he’s there because it’s a superhero movie, and it needs a villain. In terms of storytelling and pacing, it was satisfactory. The disappointing thing about the movie is that it had the potential to discover more; with the actors, the characters, almost everything. Except for the ending as it was quite unconventional, something that recent superhero movies lack.

Overall, Doctor Strange was a satisfactory movie; which had a brilliant computer effects team that blew my mind with immaculate visuals, yet is very simple, not too complicated. I didn’t come out of the cinema entirely fulfilled and entertained, but it left me wanting more as there was potential for more.