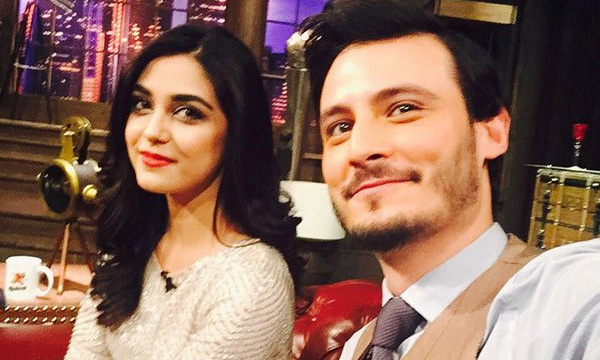 Hum TV Network is prepping up for another powerful season of Tonite with HSY. The guest list for the season has been leaked which includes some prominent names from the fashion and drama industry along with young talent that has grabbed the attention. With the happy ending of Diyar-e-Dil, if you are sad that you won’t be able to see Wali and Fara together, push your worries aside.

Maya Ali and Osman Khalid Butt will be seen on Tonite with HSY season 3 which is speculated to go live in January 2016.

The host Hassan Sheheryar Yasin took to Twitter to know which new talent the audience would like to see on his upcoming show. And the Osmaya (Osman-Maya) fever compelled many people to write the name of the favorite DeD couple.

Which new tv star do you want to see on season 3 of tonite with HSY? #Hsy #tonitewithhsy

The designer also asked fans the questions they would like to ask Osman Khalid Butt and Maya Ali.

What would you want to ask Maya Ali and Osman Khalid Butt?

He later ended the curiosity and revealed that the duo will soon share the screen on his show.

The gorgeous Maya Ali also tweeted the picture with her buddy. She wore Feeha Jamshed outfit for the show.

Hareem Farooq, who played the role of Wali’s mother in Diyar e Dil will also appear in the third season along with Gohar Rasheed. She will be seen in a stunning purple sari by Feeha Jamshed.

Other stars to make an appearance on Tonite with HSY Season 3 include Tapu Javeri, Nadia Hussain, Nomi Ansari and Sanam Baloch.

What would you like to ask Nadia Hussain? Nomi Ansari? Sanam Baloch? #tonitewithhsy