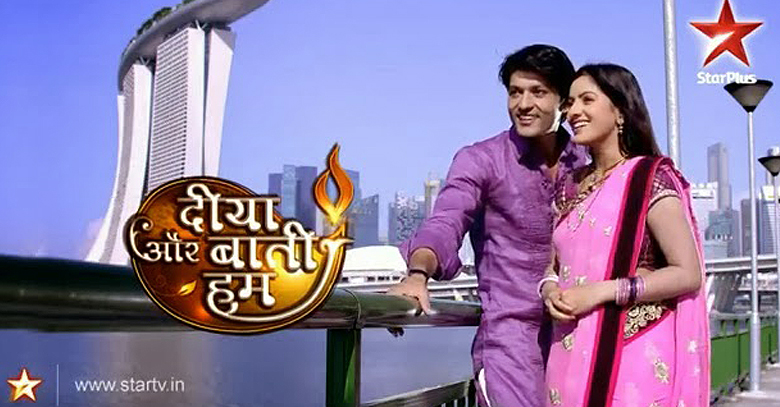 “Diya aur Batti Hum” a soap opera about a couple got the highest viewership of whopping 9.3 Million in India while the channel that airs the show, “Star Plus” got six of its shows in the top ten show Chart of 2013.

Star Plus was the most popular channel in accordance with its number of shows while other channels like Zee TV, Viacom 18’s GEC, Colors, Zee Entertainment Enterprises “Zee TV” and “Sab TV” owned by Multi Screen Media PVT Ltd also had their share in the statistics.

The second most watched show “Ye Rishta Kiya Kehlata Hai” belonged to Star Plus too with a viewership of 7 Million.

Finally a comedy show, “Comedy Nights with Kapil” of Colors TV channel got the viewing of again 6.6 Million and got high ratings beating shows like KBC and Big Boss. The host, Kapil Sharma also got the Entertainer of the Year award in CNN-IBN awards 2013.

Star Plus comes up again on sixth number with its drama series “Saathiya Saath Nibhana” which is about after marriage lives of cousins into same household. The series got a viewership of 6.4 Million.

Nach Baliye 5, the much loved dance reality show got the viewing of 6 Million and the show is again aired by Star Plus though previously it was shown on Star One which later became Life OK.

Zee TV’s soap opera, “Qubool Hai” about stereotyping of Muslims in India got the viewing of 6 Million.

Star Plus once more has a show for the figures and its “Mahabharat” got 5.6 Million viewers in this year even when the show is relatively newer. The show is about historical “Mahabharata” and is getting a lot of appreciation by the audience.

Apart from these, “24” a series filled with suspense on Colors and Sab TV’s sitcom “Tarak Mehta Ka Oolta Chasmah” were also immensely popular this year.

Many of these dramas like “Qubool Hai”, “Diya aur Batti Hum” are also aired on Pakistani channels like Urdu 1, Geo TV, and Hum TV and are also enjoyed with great delight.