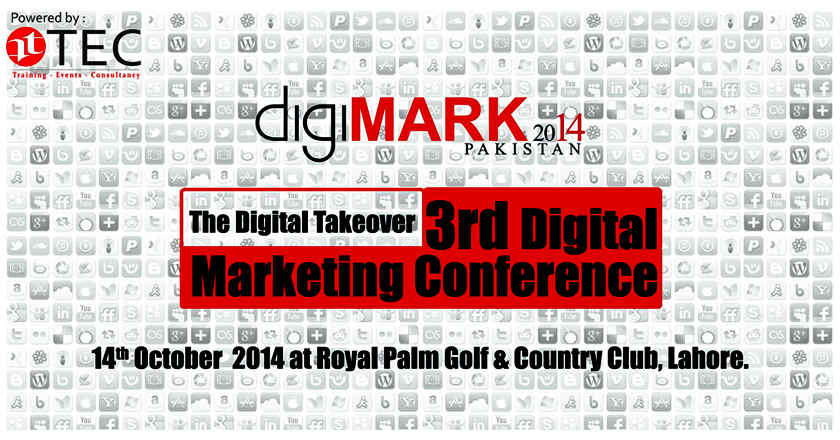 Theories of Leadership articulate that the war of ideas can be won by ideas only!

Digital Marketing is the fairly a new idea for Pakistani market, though, the fact still remains concrete that “digital takeover” is clouding the entire Pakistani market, rapidly. In past few years; the number of digital users have amplified, and to accommodate all of them businesses have been choosing this tool as it is more cost effective, also the reach is definitely way better than any other medium.

In order to understand this phenomenon of “digital takeover” along with its usage in modern business atmosphere, TEC has organized a one day conference in Lahore; the event is called“DigiMark 2014”. DigiMark is Pakistan’s premiere digital marketing conference, which started in 2011 and this year, it will be the 3rd sequel, which is scheduled for the middle of this month.

The previous conferences of Digimark were adored by the presence of some big names of Pakistan’s corporate world and the thespians of digital marketing. Following the same trend this year as well, DigiMark is giving its attendees the opportunity to learn from the pro’s discussion, workshops, and expert talks.

As far as the venue and event details are concerned, they can be viewed at the DigiMark 2014’s official website

For  further assistance, introduction and glimpse of past events, check out the video below;