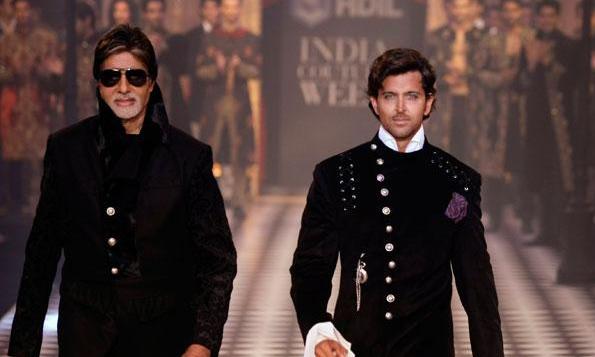 There is no stopping for Bollywood’s leading franchise “Dhoom”, all set to rock and roll with its upcoming fourth installment. The buzz is that Hrithik Roshan will be returning to the series in Dhoom 4 while Amitabh Bachchan is being rumored to join Dhoom’s celebrity bandwagon.

Being touted as the biggest of all Dhoom movies till date, the hype for the film has already kick started with crazy curiosity in the air regarding the mega cast of the movie.

According to grapevine, Roshan who donned a villainous avatar in 2006’s Blockbuster Dhoom 2, will mark a comeback but in role of the leading hero.

As usual Abhishek Bachchan, who has been forever loyal to all Dhoom films, will be seen yet again in the fourth part. But will Abhishek’s daddy, Big B will be joining him? It has not been confirmed yet! In another news, there is a huge demand for Salman Khan to join the sequel.

Let’s wait and watch when the mysterious cast of Dhoom 4 will be unveiled.