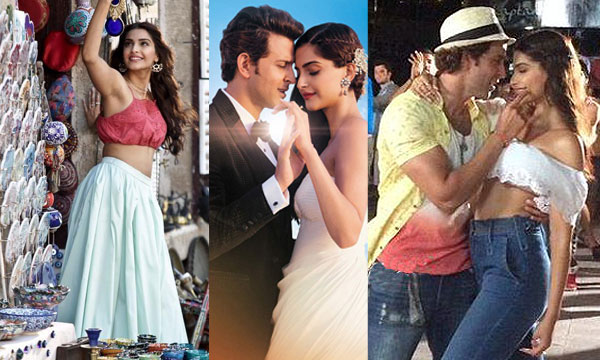 It is not often that sleazy Bollywood rapper who champions in creating the most vulgar lyrical romance raps aka Yo Yo Honey Singh decides to sing an atypical clichéd romantic track. Dheere Dheere is a romantic song which was originally a love anthem track from Mahesh Bhatt’s movie “Aashiqui” and has been gelled into a video featuring Sonam Kapoor and Hrithik Roshan.

Take a look at the video and listen to the song:

Dheere Full VIDEO Song – Yo Yo Honey… by 4mOfficial

The chemistry and charming appeal of the Hrithik-Sonam duo creates a visual treat. The video has been directed by Ahmed Khan. It has been shot in Turkey and the beautiful locales coupled with the ever-so-rich wardrobe boasted by Sonam Kapoor alongside Hrithik Roshan’s charming dance moves make the video worth watching.

If you have anything to add to the story, comment below.